Alan Pulverness has worked as a teacher and teacher trainer in Germany, Italy and the UK. He is a Senior Consultant for NILE and Programme Leader for NILE’s online Delta Modules and Module Leader for Materials Development on the MA in Professional Development in Language Education. He has been a consultant for the British Council on curriculum renewal, syllabus design, materials development and reader development projects. He is co-author of a number of coursebooks, including the award-winning Macmillan Short Course Programme and The TKT Course. Email: apulverness@transformelt.com 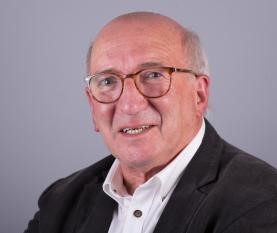 exercise it. This attempt may take the form of an essay, but it may just as easily be

textualised as parody or counter-text in the same mode as its critical object. As

teachers we should encourage the full range of critical practices in our students.

Scholes suggests not only the power that texts have, but also the power of readers to do things with texts. This approach to empowering the reader was the principle behind Rob Pope’s Textual Intervention (1995), which has had a lasting impact on language teachers concerned with encouraging learners to respond to texts as readers rather than mining texts for gobbets of language. Both Scholes and Pope were addressing audiences of university teachers and students, but the insights that they offer are relevant for language teachers wanting to empower students to be active, responsive readers of literature.

Pope offers what he calls “a range of interactive and interventive strategies in which readers are encouraged to engage in structured yet playful re-writing of any text they meet”.

The principle of textual intervention is simply to put the learners in the writer’s shoes and to grant them the authority to experiment with all kinds of choices that the writer has not made – to explore ‘the road not taken’. For Pope, working in a university setting, this was a way of sensitising students to the formal peculiarity of literary texts, while for language teachers it is a methodology that can enable reader response through ‘playful re-writing’ without the need for a specialised metalanguage. If this all sounds too much like literary critical theory, it’s actually nothing new – it’s a strategy that will be familiar to most first (and many second) language teachers. When you ask students to think of a different title for a story, to write a page from a character’s diary, to dramatise a story or to design an advertising poster for a book, these are all forms of textual intervention.

Pope introduced his students to textual intervention by inviting them first to intervene in the simplest of mini-texts – modifying Descartes’ axiom “I think therefore I am” and offering their own versions of the then standard health warning on cigarette packets. (Not long after the book was published, life imitated teaching when the UK Department of Health produced their own set of textual interventions with multiple variations on the tobacco health warning!) He then developed the principle in a number of ways, ranging from minimal interventions to substantial rewriting and even non-linguistic creative responses.

By producing a variety of summaries from a phrase to a few lines to a hundred words, learners inevitably make progressive decisions about aspects of a text they consider to be of central importance. Other activities requiring compression of the essential features of a text, such as designing covers or posters, scripting advertisements or movie trailers and writing cover blurbs or mini-reviews involve the same kind of mental processing and produce an indirect response by means of a creative task.

These are all ways in which writers establish context and direction; the reader's expectations are aroused and these opening gambits provide signals about genre, theme and the relationship between writer / narrator and reader. Learners can be invited to ‘disturb’ such openings to see how the reader could be given a different set of expectations. A well-known intertextual example is the way in which J D Salinger alludes to the conventions of the 19th Century novel, and Dickens in particular, in the opening lines of The Catcher in the Rye: “If you really want to hear about it, the first thing you’ll probably want to know is where I was born, and what my lousy childhood was like, and how my parents were occupied and all before they had me, and all that David Copperfield kind of crap, but I don’t feel like going into it, if you want to know the truth.” By making their own changes learners should gain a sharper awareness of the particular effect of the original opening.

Learners will probably be familiar with the alternative endings that are often included in DVD ‘extras’. Changing the ending of a text in a similar way is not a trivial exercise, but one which requires thoughtful consideration of the options open to the writer, for example, whether to provide a resolution or to have an open ending. Having made their intervention in this way, learners can then be asked to compare their endings with the original and explain why they made their decision.

Getting learners to extend or expand a text by providing a prequel or sequel, or by filling in the gaps in a narrative is another act of creative criticism, which should lead to keen consideration of why the writer chose to start and end the text at given moments and why the plot is fully detailed in some places and elliptical in others.

Learners are invited to go still deeper into the text, modifying it by experimenting with all kinds of options open to the writer – seeing how the effect of a text changes when the gender or identity of the narrator is altered, when speech acts are redistributed, when direct speech becomes indirect or vice versa, when narrative comments are added or removed. In short, nothing is sacred – anything and everything that the writer has done is subject to modification, and again the method works by indirection – drawing students’ attention more sharply to what is on the page by exploring possible choices which the writer has not made.

A variant of narrative intervention has to do specifically with dramatic dialogue in a play or novel. This form of intervention is initially a slight one: changing the direction of a single conversational move or exchange. How does this affect the development of what follows? Is it possible for the dialogue to get back on course or must it follow a quite different branching path? (A good example of such a potential turning point in a classic text is the moment in Shakespeare’s Much Ado About Nothing, where the comedic world threatens to turn into tragedy when Hero says “Kill Claudio”.)

Narrative into drama – Drama into narrative

Interventions need not demand a high degree of textual proficiency: they can also take the form of re-casting material in another medium or means of expression. Other forms, such as painting, photography, music and mime will all involve the same kind of identification of essential features as the activities suggested above with posters, advertisements and so on.

This involves learners collecting and physically arranging all kinds of bits and pieces: headlines, images, captions, fragments of other texts etc. Collage, like ‘Word to image’ etc., can be partially or wholly non-verbal and will allow students with more limited language resources to respond directly to a text. Interrogating and justifying the collages will then lead students to making their images and allusions explicit and to articulate their own process of composition.

The most interesting application of textual intervention I have come across was in a conference presentation a few years ago by students at the University of Technology in Kula Lumpur who used their technical skills to produce sophisticated artefacts (CD-ROM, poster, board game) based on literary texts being studied by younger students. Their technical creativity was harnessed for the purpose of making the texts more accessible and, even though their products involved relatively little language, in the process they engaged with those texts far more deeply than might otherwise have been the case. Learners invited to ‘textualise’ their response to a literary text, rather than being asked to talk about it, are liberated by the creative opportunity. To generate their own parallel texts or counter-texts they are forced to read and re-read more deeply in order to produce an indirect, creative response to the original text.