On (or Off) Song? Are Producers of Materials Using Songs and Song Lyrics Making the Most of this Resource’s Potential?

Chris Walklett has been using music, songs and song lyrics in the classroom for many years. Music and its educational use is a subject that is dear to his heart informing his MA dissertation, conference talks and papers.  Email: walklettchris@hotmail.com 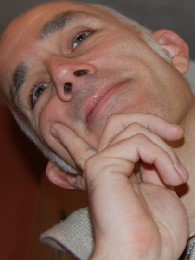 This article aims to explore theorist’s concerns regarding the way this resource is used. It provides a summary of the criticism of the use of songs and song lyrics, overviewing the ways in which this resource has been employed in traditional printed materials and how it has been used in more recent online materials.  It will also look at issues such as more leftfield practices, authenticity & culture and the use of controversial issues in songs.

Criticism of the way this resource has been used

The use of songs in classrooms has long been in evidence. Numerous EFL coursebooks from the 1970s on, including: Headway, English File and Inside Out, have regularly and enthusiastically employed this resource. Although its use is somewhat diminished in coursebooks nowadays (due to various factors, not least of which is copyright considerations) even to the present day, there are still instances of this resource being employed in certain coursebooks.

Over the years, some coursebook producers have shown real dedication to this resource. So one can only assume that they must have used this resource to its fullest potential. However the consensus amongst practitioners is that this is not the case at all. At a recent conference, I surveyed attendees of a talk of mine regarding the use of this resource in coursebooks. Of the 36 respondents, 28 stated that they were not fully satisfied with what coursebooks do with this resource.  In addition, all but 3 respondents questioned, stated that they felt more could have been done with this resource than is currently on offer either in coursebooks or on the internet. What is clear is that practitioners are far from satisfied with what is currently on offer regardless of whether it is in book form or online.

Theorists too are almost entirely negative in their appraisal of the way coursebooks use this this text-type. Indeed they find the use of this resource mystifying. Why, many theorists ask, when coursebook producers go to the considerable lengths (not to mention cost) of obtaining copyright, do they end up using this complex text type in such a pedagogically simplistic fashion?

Medina believes that “to benefit as much as possible from the work with songs, their selection and transformation into a learning task has to follow some pedagogic purpose” (1990: 22) but, does what is currently out there fulfil this criteria?  Freda Mishan believes not, stating that what exists in coursebooks and the like tends to be a ‘reductionist approach’ which she explains as one of “reducing the song to its lyrics and its lyrics to mere language exercises”. (2005: 206). This criticism goes even deeper; “certain of the activities such as comprehension and analysis questions, actually interfere with listeners’/ learner’s appreciation of the song because they inevitably guide and thus, skew interpretation” (2005: 200) She believes this to be a “blinkered approach” that “forfeits the capacity a song has for arousing feeling and the language production potential that this offers.” (Ibid)

With regard to materials out there employing song and song lyrics, Engh concludes that although there are quite a few options available, many of which focus on grammatical or vocabulary activities, “few, if any, include any rationale or theoretical basis for decisions made in the development of the material” (2013: 11)

Mishan is concerned about both of these areas, believing that there is widespread attitude in language teaching of treating “songs merely as authentic examples of grammatical structures” (2005: 200). With regards to vocabulary exploitation, she gives an example of how the lyrically complex American Pie by Don McLean is reduced, in a well-known coursebook, to a rhyming activity (along the lines of chance with dance)”. (2005: 111). The consensus amongst theorists then is that the use of this resource in coursebooks and the like tends, on the whole, to be rather banal and uninspired, not to mention pedagogically problematic.

So what can be done with this resource besides the production of simplistic, pedagogically questionable activities such as gap-fill? Tim Murphey, in his seminal book Music and Song posits that “in language teaching, anything we can do with a text we can also do with songs or text about songs” (1984:10) Thus anything that we could do with normal receptive texts (such as reading and listening texts) we can also do with songs and song lyrics. I would venture to say, given the scope of what songs offer, we can do much more besides. Achieving more diverse uses however may well be a question of thinking outside of the box.

Songs tend to lend themselves to some of EFL’s more leftfield practices. Mishan talks about how for example suggestopedia / desuggestopedia (a technique that emphasises the power of positive suggestion on language learning) could be employed, concluding that its role would really be one of ensuring that learners are “free to imbibe the mood, the feeling of the song” (2005: 199).

Another use for this resource is to take advantage of how it can be employed for kinaesthetic learning. Mishan, reporting Asher, (1965) talks of the Total Physical Response (TPR) method in which students are “actively participating in the song, not just by singing it, but also by reinforcing the meanings of the words with actions, sounds or cognitive engagement” (2005: 205). Clearly the powerful, motivational potential inherent in songs is something that tutors should attempt to explore and make optimum use of.

Authenticity and culture in songs

Songs also offer an opportunity for authentic language input.  Songs and their lyrics are by definition authentic texts and Mishan believes “listening to songs for their lyrics is an authentic ’real life’ activity” (2005: 9). Furthermore Griffee is of the opinion that, “the natural language of songs as opposed to the artificial language in many textbooks, is one way to incorporate modern, living language into the classroom” (1995: 2). However authenticity alone is perhaps not enough, “the challenge in the classroom is to make it one that stimulates the learning of language beyond the lyrics of the song” (Ibid). This has many implications, but one worth serious consideration is the cultural input that a student can glean from this resource being used in the classroom.

Culture is widely believed to be “the 5th language skill” (Saricoban & Metin, 2000) and the culture inherent within songs is under-emphasised in coursebooks and other song-based materials. Griffee believes that songs offer vital insights into culture “providing a window into the frames of reference and values of the peoples whose language we are learning” (1992: 5). Mishan concurs with this, stating that songs are “revelatory of their culture in both depth and breadth” (2005: 197), thus they are, she believes, “cultural artefacts” (Ibid). Indeed, Griffee uses a similar term - ‘cultural capsules’. He points out that “music is not universal” (1992: 5) rather “every song is a cultural capsule containing within itself a significant piece of social information” (Ibid), thus, for better or worse perhaps, “bringing a song into the classroom entails bringing the culture of the song with it” (Ibid).

Engh is in little doubt that songs offer “a potentially culturally rich resource for the language classroom that can explicitly be used to teach the cultural norms and ideals of the target language” (2013: 4) and one that can be used as a way-in to discussion of more controversial areas.

Mishan warns that songs “may constitute unifying as well as distinguishing factors between cultures” (2005: 197) One such distinguishing feature might be the propensity of songs to have controversial topics as their themes. But is this a good or a bad thing? I would venture to say it is a good thing, a very good thing. Listening to controversial topics from ‘dissenting’ voices will offer the student an insight into the mindset of a people whose language (and culture) they are studying. This is very different to the often experienced ‘picture-perfect’ worldview of the coursebook which students are invariably presented with. Indeed it is enlightening to present students with what I have entitled an ‘alter-narrative’ to that usually presented in the ‘picture-perfect’ coursebook world. Indeed Moorman & Surkamp (2003, reported in Ornerova, 2009) are fully in support of such an oppositional stance, daring teachers to “take the challenge to work with controversial songs” citing examples including Stan by Eminem (the theme of which concerns an obsessive fan who stalks the writer/narrator) as an example of one such controversial, but potentially fruitful, input source.

The problem with excluding anything controversial such as topics that might be considered to be ‘PARSNIPs’ in nature (an acronym used in EFL for controversial topics– the letters widely believed to stand for; Politics, Alcohol, Religion, Sex, Narcotics ‘Isms’ & Pork) is that you might end up with the situation evidenced in many coursebooks, which Marc Helgesen (2005) entitled “the bland leading the bland”.

By employing the real-life message within many songs and song lyrics, a culturally rich, thoughtful and, if applicable, controversial look at the world through the eyes of songwriters can be presented to students. Doing so will enable teachers to buck the bland coursebook trend.

If you would like some ideas of how you can approach this resource please consult my other article in this edition  How to Teach Tracks, which offers some practical ideas on constructing meaningful materials based on songs and song lyrics.

Engh. D. (2013) Why Use Music in English Language Learning. A Survey of the Literature. Available at; http://www.ccsenet.org/journal/index.php/elt/article/view/23819/15117

Helgesen, M. (2005) Should a teacher bring his or her politics and religion into the classroom. Available at; www.eltnews/columns/thinktank/2005/04/should_a _teacher_bring_his_or.html