Marina González is an ELT manager, educator and researcher working in state and private university settings. She is currently focused on language learning programs for older adults in university programs in Argentina. E-mail: marina.gonzalez.uflo@gmail.com 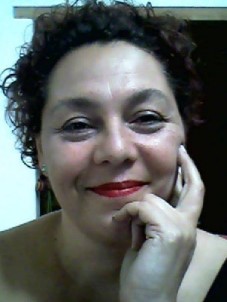 I personally got involved in the teaching of Older Adults quite by chance seven years ago, and it was a life changing experience. My first contact with it happened at Universidad CAECE, where I teach at the B.A. for teachers, and I was invited to deliver English classes for the UPAMI project which was just starting (Universities for the Integrated Older Adults). The first encounter opened a path of questions and self-reflection and since then I have been walking down that road. What do they expect from us? Why are they learning a language at this time in their lives? Why do some love my classes? Why do others somehow fear me? What happens to me when I teach Older Adults in terms of my relationship with my parents? Are all graduate teachers prepared to treat Older Adults respectfully in terms of their personal growth? What about the programs that offer learning opportunities to Older adults: Is UPAMI the only one?

As you may see, the questions are many and complex. In this short article, I aim at briefly introducing you to the history of Older Adult Learning and a characterization of the population and practices in my country, which is the basis for my Iatefl Liverpool 2019 presentation on the challenges and opportunities Language Teaching Managers can find in promoting settings for Older Adult programs.

What is older adult learning?

The answers I found to this question mostly came from reading Formosa’s and  Findsen’s works on the  topic.  Formosa (2011) mentions the U3As (Universities of the Third Age) as the best known type of organizations that provide learning opportunities for elder people. The movement started in France with the passing of a law requiring universities to offer more community education. The idea quickly spread to other parts of Europe, North America and Australia in its basic format of autonomy, university based and exchange without prerequisites.  At present, five different models can be observed; the French, the British, the Chinese, the French-speaking North American, and the South American models. The former follows the tradition of “study programs tailored towards the needs and interests of older adults such as the medical and social problems of ageing” (Formosa, 2011). The second disregarded the idea of prepackaged courses and implemented a democratic organization with no differentiation between who teaches and who is taught. Thus it became a “body of persons who undertake to learn and help others to learn” (Laslett, 1996). The third one focused on cultural and philosophical development. The fourth one mainly differed in its organizational scheme: it works closely related to university but organized by students. The fifth, representing my region in the world, followed the French tradition but with a marked concern for the most deprived and vulnerable sectors of the older population. Again, in Formosa’s words (2011), “irrespective of the model adopted, all U3As pursue a nonvocational type of learning, aimed at human fulfillment and as a leisure activity”.

The impact of the U3A movement in the past decades has challenged the accepted concept about Older Adults and their decreasing intellectual activity in many parts of the world. In Argentina, the first action related to this movement was the creation of the Department of Middle and Third Age in the National University of Entre Rios in 1984 (Yuni, 2016). Different programs followed along the lines set by this university, the UNRC’s PUAM (National University of Rio Cuarto – University Program for Older Adults) and in 2008 the UPAMI project was created.  Nowadays, an important number of state and private universities take part in the program regulated and funded by the UPAMI project. The state origin of UPAMI funding brings some advantages and many disadvantages. The former are embodied in the possibility of anyone, regardless their economic position, being invited to join the program. The latter is shown through the changes in the political interest for this sector of the population which, in turn, reduces funding and as a consequence teacher`s fees become almost nominal and the variety of courses are reduced.

Participants in the UPAMI projects are mainly middle-class women, as observed by Juni (2016). Authorities of various programs in South America agree with this reading and it is considered as one of the many challenges ahead: to find ways in which the programs may become more attractive to men of the same age group. Another associated challenge is related to social class. Even though the South America model is concerned with the less privileged, not many of them access the university programs offered for them. Formosa (2011) and  Ramírez Gómez (2016) sustain that the offering of courses should empower students to become agents of change and they both make reference to Freirean pedagogy, thus proposing  the term  geragogy, and in the case of Ramirez Gomez (2016) critical foreign language geragogy (CFLG) based on a rereading and enhancement of  Formosa’s (2002) depiction of  Freire´s  foundational work on adult education. It is fascinating to delve into the theoretical approaches to Older Adult teaching, whether andragogy, educational gerontology or critical geragogy because they determine the conceptualization of Older Adult Learning and its purpose. Nevertheless, it is beyond the scope of the present article to discuss the differences among the approaches, but my discussion stands on the grounds of Foreign Language Critical Geragogy.

“the educational mission of foreign language geragogy should be to transform older learners’ attitudes toward their learning abilities. This may in turn improve their self-esteem, and empower them to pursue other activities and to fulfill renovated roles in society.” (Ramírez Gómez, 2016, p.108)

According to Yuni in Formosa (2016), some of the main challenges are related to the changing nature of new generations of older adults: new needs for courses that are not only extension, integration of digital literacies, recognition of the diversity within older adult population, and last but not least, teacher training to satisfy the needs presented above. We can see, both in Yuni and Ramirez Gomez, a similar interest in the role of future generations of Older Adults as people who, empowered by education, can take new roles in society and thus change preconceptions about aging and the role of Older Adults in society. A very Freirean concept indeed.

My presentation at IATEFL Liverpool will develop this aspect, specifically the present state of design of university programs in my country, Argentina, and some ideas on possible implementation of language programs for adults in the university setting as expected “best practice” model.

University of the Third Age. Retrieved from https://u3a.org.uk/