The European Day of Languages 2021

Svetlana Gavrilović has been teaching English for over thirty years now. She is currently working in Užička Gimnazija, in Užice, Serbia

‘Gimnazijska jezička razglednica’ is the name of the language newspaper students and foreign language teachers of Užička gimnazija prepared and published on 26th of September this year, thus celebrating the 20th birthday of the European Day of Languages while bearing in mind the social distancing measures. The newspaper is a colourful joie de la langue collage of articles and photographs on the topics including the history of the Day established by the Council of Europe in 2001, the history of the EDL celebrations in Užička gimnazija, students’ experiences with learning different languages, students’ own poetry, prose and cartoons and a wide array of  entertaining texts about amusing and unusual features of various languages, all created with the one and only aim – to promote the beauty, diversity and love of languages. 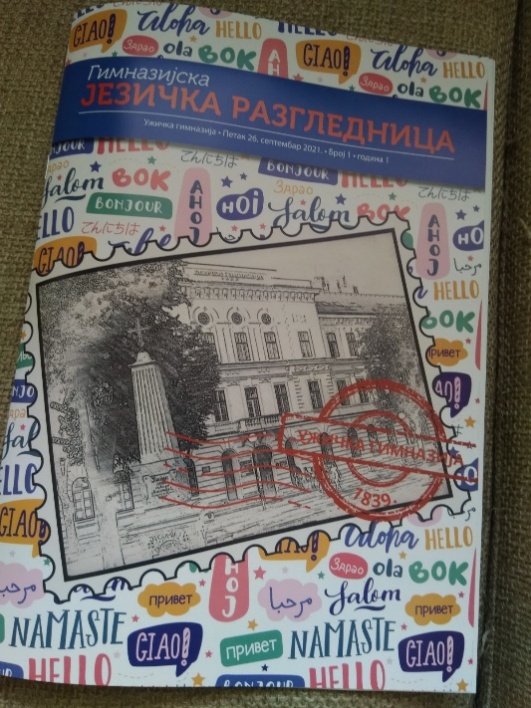 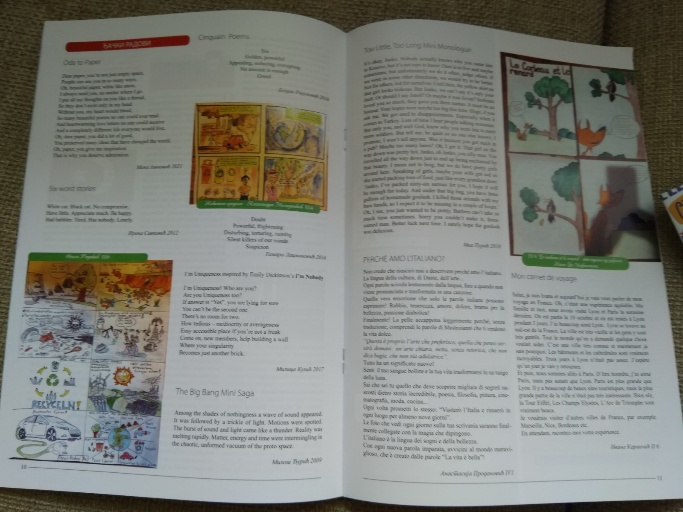 Most of the newspaper was written in Serbian as the authors were looking for a broader readership and it was distributed to students of Užička gimnazija and all the primary and secondary schools in Užice. However,it would not have been published had it not been for the enormous professional and financial help from the several companies from Zlatibor Region.  The complete pdf version of the newspaper can be found at