Danny Singh, born and raised in London, but now based in Rome, gives creative English language lessons and teacher training courses all over Italy and abroad. He also offers stimulating monthly presentations on language related issues at Rome’s biggest international bookshop and is visible on web TV with a series of interactive English video lessons. He is author of two books, “I was a happy man...then one day I came across Laughter Yoga” and “Learning English through the mind and the body” and is currently working on his third book, “Life is full of surprises”. He regularly attends Pilgrims TT summer courses as a Guest Speaker. Website: www.laughnlearn.net , email: singh_danny@hotmail.com

I was lucky enough to come across Pilgrims shortly after I had qualified as a teacher. Up until that point, I had been told that lessons had to be meticulously planned and even the number of minutes assigned for each separate activity had to be noted. I had been given a plethora of textbooks to choose from, the majority of which were more or less the same, once you started reading them. If you stuck rigidly to your lesson plan with limited alterations, your lesson was considered a success by the official observers, even if the students hadn’t learned anything. If instead you detoured when a student came up with something unexpected, it was considered a serious mistake. It reminded me of the occasion several years later, when my mother lay in hospital a few days before she passed away. She looked in a very bad way, but when I asked the nurse for some information on her condition, she replied that the surgeons had considered Mum’s latest operation a success. If this is a success, what is failure?

It was the 1990’s and I was up at the University of Kent to teach on the General English course for Adults. In those days, the General English course existed, it no longer does unfortunately, but more so, it was located in the same area as the courses for teacher trainers. The two-week course plan had to be designed together with the students on the first day, however, there was a fair amount of flexibility as to what you did and how you did it. During a coffee break, I looked at the noticeboard and saw a workshop advertised, Listening without tapes. That sounded weird I thought. How can you listen without tapes? I decided to go along and it was the best thing I could have done. The trainer was Mario Rinvolucri, the father of humanistic teaching and one of the founders of Pilgrims. Aside from the contents of the workshop itself, it was the way he did it which left me with my mouth wide open. This was what teaching was all about, I thought. This and Robin William’s performance in Dead Poet’s Society, were the inspiration for me in those early years. 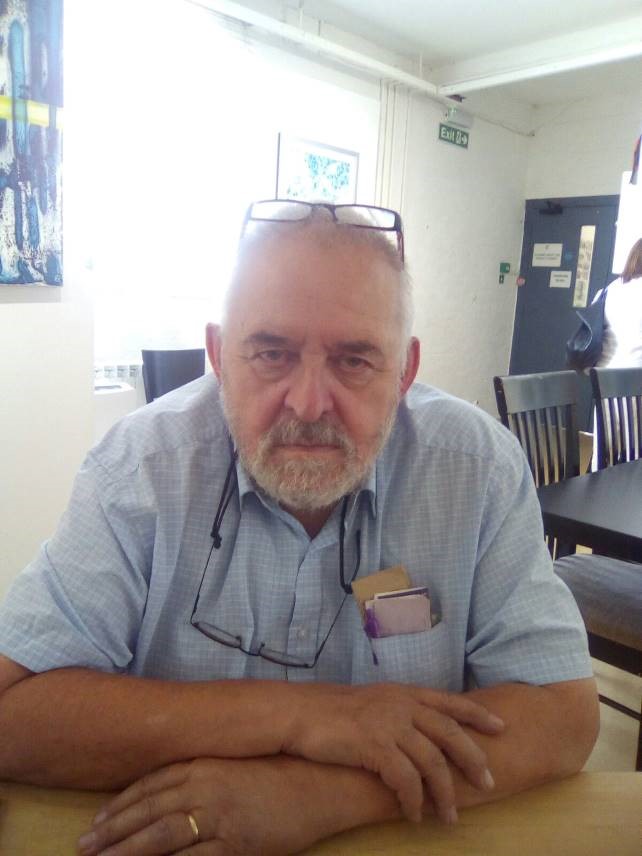 The next day, I decided to try a couple of the activities that I had learned from Mario and sure enough, they worked wonders. The students enjoyed them and I could see the language pouring out, as the students enjoyed being able to express themselves with a freedom to which many were not previously accustomed. The next day, I went to another workshop given by another trainer and learned some other great activities. I soon realised that it was more useful for me to attend these afternoon and evening workshops, rather than sitting in the resources room, going through books and looking highly stressed, as I tried to plan my lessons for the next day. Apart from helping me with my lesson planning, I found most of these humanistic ideas far more interesting than the more conventional material in the traditional textbooks. 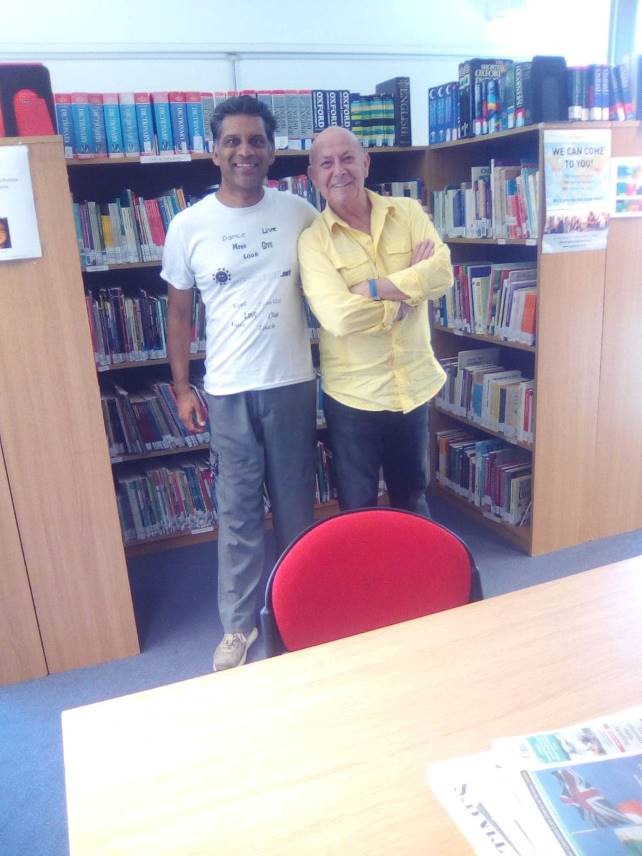 I got copies of old issues of the humanising language teaching magazine (hltmag) which were available and started reading some of the interesting articles within. I tried to spend at least two weeks of my summer teaching on the General English courses for Adults or for Young Adults, not so much for the money, as I had no paid leave from my freelance work during the rest of the year, but because I learned so much. Over the years, I attended great workshops given by numerous teacher trainers; Tessa Woodward, Bonnie Tsai, Glen Stephens, Jim Wingate, Peter Dyer, Simon Marshall, Hania Kryszewska, Mike Shreeve, Mark Almond, Sheelagh Deller to name but a few. 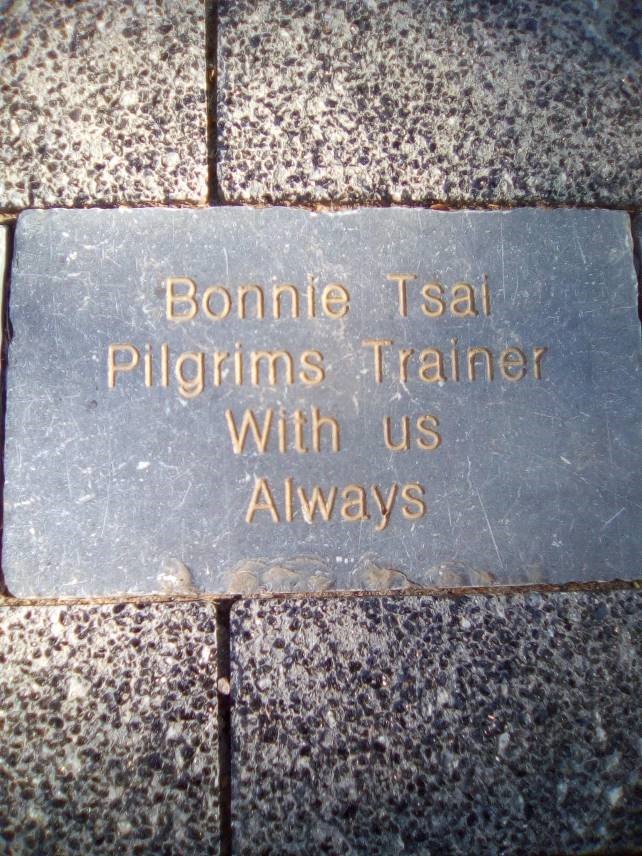 By 2005, heavily influenced by the Pilgrims mode, I had developed my own style of teaching and had totally lost faith in the traditional, textbook dominated methods, which I had had to use in my early days of teaching. I was no longer teaching on the General English courses, but focused exclusively on the teacher-training area. The General English courses were now held in a different building of the University and not side by side with the teacher-training courses. I came as a Guest Speaker offering a series of workshops on a variety of topics, while also attending one- and two-week courses as a participant. Pilgrims also held anniversary conferences every five years, which offered a series of workshops and talks. My own work now was a combination of my creative teaching mixed in with some of the traditional formats imposed by teaching institutions, with whom I worked.

2011 was the last year that I worked at Pilgrims, as both of my parents were suffering ill health and I had decided to spend the precious time I had in the summer with them. I didn’t return to Pilgrims until 2018, however, in between then, I had begun to attend international teaching conferences in Europe, where Pilgrims often sent representatives, many of whom were among the teacher-trainers that I already knew. By this time, I was only working for institutions that allowed me to teach with my own methods, no books or traditional methods interested me. Financially, it was not a problem, as I had developed some other skills during the years and was now also working as a translator, interpreter, proof-reader, writer and team-builder and motivator in companies, among other things.

In 2014, I was invited to speak at a conference on, Students with Learning Difficulties, held in Catania, Sicily. After I gave my talk in Italian and some video footage was shown of an earlier lesson I had done with some dyslexic students, a lady asked me if I had ever heard of Pilgrims. I replied yes and asked her why? She noted that much of what I had said reminded her of the Pilgrims style, and this was a lady who had attended only one Pilgrims course, but it had been enough for her to see the difference. Worse still was to come in 2017, when after my workshop at the TESOL Rome event, a participant asked me if I had ever heard of Mario Rinvolucri. Well, let me see, I replied. Yes, he was the first teacher who inspired me, he has since become my educational mentor and indeed, a good friend. She told me that my performance had reminded her of his performance in the same location about 20 years before. That may well be a compliment to me, but it’s an even bigger one to Mario, as it means that she remembers his workshop from 20 years ago, as if it were yesterday. 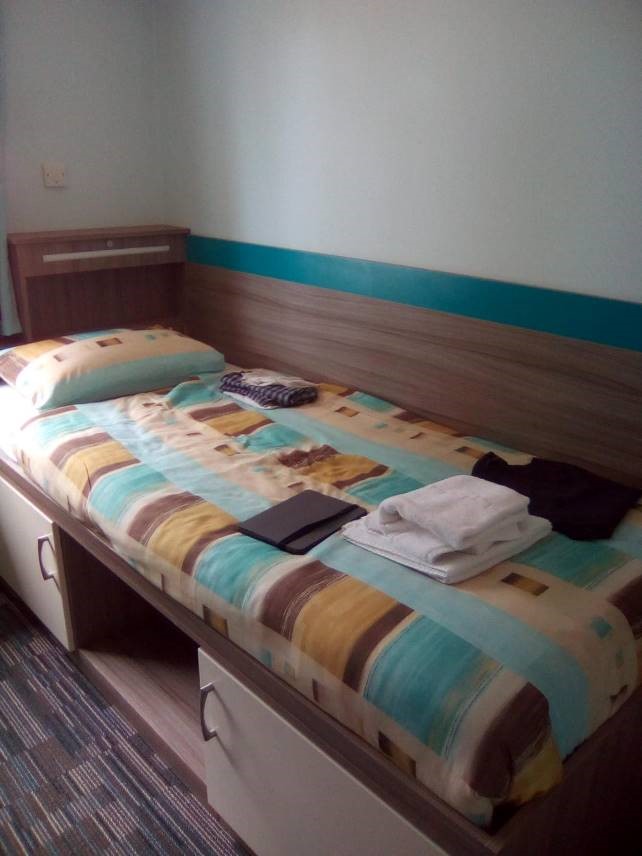 In 2018 with neither of my parents around anymore, I decided to return to Pilgrims in order to attend the two-week drama course with Peter Dyer. As expected, I wasn’t disappointed. You never cease to learn, if you really want to and I realised there is a whole lot more out there. Pilgrims has changed much since the early days. The welcome and farewell parties are no longer there, neither the General English courses which I used to teach on, some of the buildings have been refurbished, demolished or rebuilt, but the memories are there, as I move around the various colleges, Rutherford, Keynes with its famous duckpond, Eliot, Darwin and others, people’s faces and smiles come back to me, walking around the campus as it is often sunny, I can hear voices and conversations long past, Parkwood with its lovely village, where people can meet in kitchens and sample a range of international cuisines, it seems like I’ve spent a lifetime there. Maybe I have!