Welcome to the February 2019 issue of HLT. You may have noticed that this year we are celebrating 20 years of HLT. So to mark this special occasion I have prepared  a special February 2019 edition in which some of people who have been involved with Pilgrims and have published in HLT contribute to the issue. The working title has been 20 Years After / Vingt Ans Après like in the sequel to The Three Musketeers by Alexander Dumas. We are a bit older but still fit and so much wiser…

I contacted over 60 people who have been publishing in HLT and/or have been connected to Pilgrims in some way (as trainers, guest speakers or devoted teacher fans), and asked them to contribute to this special issue. The topic areas I suggested were:

What you think has happened in the last 20 years in HLT and ELT?

Sending out the emails felt like inviting people to a party… Some can make it, some for various reasons cannot. The articles I have harvested answer some of the questions above, but it is important what the authors wanted to share with HLT readers, and other Pilgrims and HLT associates. Some of the people I had contacted knew they could not deliver, some promised but life took its course, etc. The covering mails when I received a contribution usually contained an apology about missing the deadline and hope that the article can be published anyway. Good news; all the contributions are being published in this issue. However, my favourite covering mail is by Mike Shreeve, Pilgrims NLP trainer, who just said: Please accept this article as a birthday present for HLT :-)…And this is exactly how I feel about each of the contributions. Thank you for all the gifts J

To introduce this issue I would like to start with two pivotal figures in the story of HLT: Jim Wright, Head of Pilgrims and Mario Rinvolucri, one of the founding fathers of Pilgrims, the first editor of HLT, and my editorial predecessor who entrusted me with HLT in 2006.

I have asked Jim to write about his experience with HLT and the story of the mag as he remembers it. You can read it in 20 Years of HLT. Personally I would like to thank Pilgrims for sponsoring this unique online magazine free for all to read and to publish our articles in.

As for Mario, I saw it fit to ask him, the first editor of HLT, to start the main body of the editorial… So over to you Mario …

Hania Kryszewska has asked me to write a few words as we start the 20th year in the life of the Pilgrims’ webzine for teachers of EFL and other foreign languages as it enters its 20th year. My name is Mario Rinvolucri and I looked after HLT editorially for seven years, from 1999 until 2006. Hania is therefore editorially my senior in having carried the webzine for a full decade and more.

Enough of personal details:  when we started HLT Pilgrims already ran a print magazine, THE TEACHER TRAINER which is ten years older than HLT is. As the century turned we felt we needed to speak directly to ordinary classroom teachers rather than only focussing mostly on the preoccupations of their trainers. We also had a commercial aim: to bring more people to our commercial website. HLT has been pretty successful in getting teachers to come on one and two week, in-service summer TT courses, frequently on Lingua or Grundvig scholarships granted by the European Union.

When I look back over my 7 years at the helm  there are some things that still make me purr with pleasure; let me list a few of them:

Why do these two anecdotes fill me with joy? Because we have always wanted the webzine to largely belong to its readers, to come from those very same readers. To further this aim one issue out of six in a year is written and edited by a group/institution away from the shores of the Disunited Kingdom, and far from Sopot near Gdansk in Poland where our current editor lives and works.

I guess you will have dipped into the 5th issue Of HLT this year, the issue written by the English department from a University in Sydney and edited by Judy Baker. I appreciated many things about the issue:

I come away feeling I click out of this Aussie HLT issue having almost walked along the corridors and paths of this University  and enjoyed the Southern Hemisphere’s  increasing light and heat. Thank you Sydney.

The Future?  Over the next decade I look forward to humanistically-minded, student-centred teachers from round the world using the huge new freedom the Internet offers us all to revolutionise teaching, handing over much more choice and decision-making to the students. Hopefully this revolution will finally bury the dead albatross of the coursebook in some remote Marianas Trench ( Is five miles down deep enough to ensure it never bobs back to the surface again?). I hope HLT will contribute its humble share to this tectonic plate movement in language education. 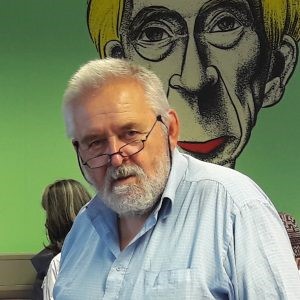 Now let me introduce this issue. A number of the contributors wish HLT well or to talk about the role of HLT and Pilgrims in their professional lives and the ELT scene e.g.: An Education by Danny Singh, Happy Birthday by Chaz Pugliese, Humanising Language Teaching as a Force for Identity Change by Simon Mumford, HLT – The Last 20 Years and the Next by Mike Shreeve, and From a Simple Request to National Impact by Claire Özel.  A good example of how HLT and Pilgrims engage in ELT debates is our involvement in Native vs. Non-native Debate at IATEFL Poland, Wrocław 2018

The articles in this issue fall into a number of groups. The first I would call ‘Humanism today’ with:  Humanism is Alive and Well by Alan Maley, The Human Face of Language Learning: A Complex/Dynamic Perspective by Carol Griffiths, The “Hidden” Humanistic Teachers: Rudolph Steiner’s Followers in the Waldorf Schools Round the World by Mario Rinvolucri, and Empathy as a Source of Motivation in Language Learning and Language Teaching by Csilla Jaray-Benn.

The second area is ‘Change’: How Do We Embrace Change? by Malu Sciamarelli, Values and Beliefs: Constants in a Changing World by Rod Bolitho,  Embracing Change…Or Not by Lou Spaventa, On Embracing Change: Observations From a Technophile by Daniel Martin, and Musings on the Topic of Change byTessa Woodward.

Do not miss the thought provoking texts on ‘Reflections on teaching and education’: Purpose Beyond Profit: It’s One Thing to “Do Good”, Another to “Stop Doing Bad”… by Adrian Underhill, The Reunion. On Intuitive Observation in Educational Situations by Henk van Oort, and Random Teacher’s Thoughts Organized Along A Running Trail by Marina Marinova.

You can read about new trends in The What, Why and How of CLIL for English Teachers by Aleksandra Zaparucha, You Are Never Too Old to Learn But You Can’t Teach an Old Dog New Tricks… Some Reflections on Teaching the Silver Generation (60 +) by Małgorzata Szwaj, and Remote Theatre: Communicating Creatively Across Cultures Through Screen Technology by David Heathfield.

As for lesson ideas there are true gems. Sundry Literature Lessons (1) by Robert Feather and Literature Lessons (1) by Mario Rinvolucri contain activities they developed to be published in a book on using literature in ELT. The book got never published but HLT readers are lucky as more of the activities form the book will be published in the next issues of HLT. Also in the Golden Classics Mario Rinvolucri and Magda Zamorska dug up some true treasures in their files: Using Questions the Way We Did back in the Last Millennium and  A Blast From the Past .

There is a lot of humour in this issue: English Grammar Affected by Brexit Debate! May Remains but no Might! and Twenty Years of HLT – Twenty Years of CEF both by  Geoff Tranter.  In Aspects of British Humour  Tim Bowen whets our appetites regarding this subject, and I hope the theme will develop into a series of articles.

It might seem that the Creativity Group have not contributed much to this issue, just a list of C Group Presenters at IATEFL Liverpool, 2019. If you think so, I must say first impressions can be really deceptive; just notice how active C Group members will be at IATEFL 2019 in Liverpool, and how many of the authors in this issue are actually C Group members.

And there is so much more in this jam packed issue. Enjoy

But last not least I would like to thank you, devoted readers of HLT, for being with us. Also I would like to ask you to send in your articles and voices to celebrate 20 years of HLT.

I look forward to hearing from you and to receiving your contributions. Let’s celebrate … 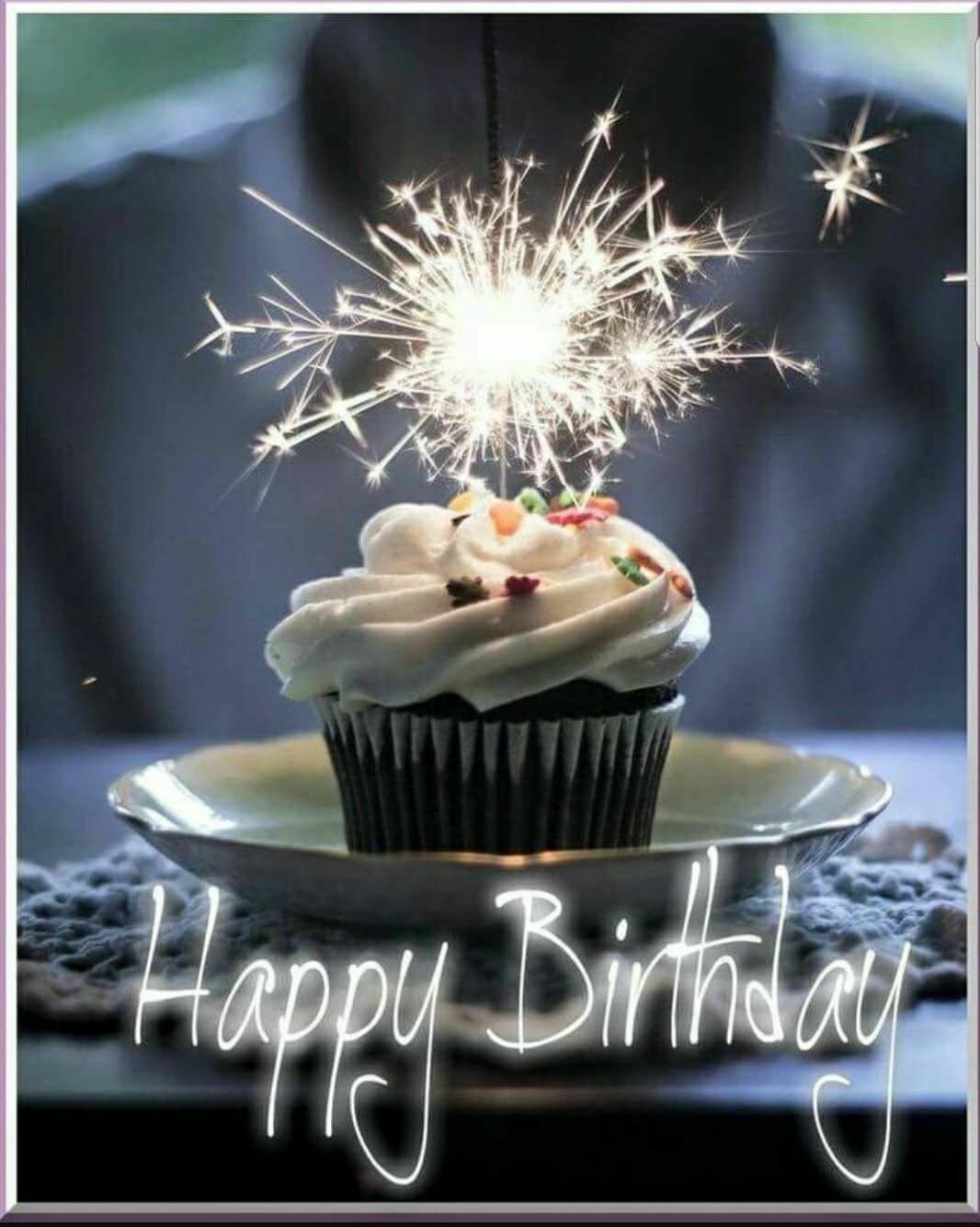 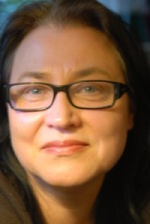