The “Hidden” Humanistic Teachers: Rudolph Steiner’s Followers in the Waldorf Schools Round the World

Mario Rinvolucri, a Pilgrims associate, has attended the annual Waldorf Schools’ ENGLISH WEEK on three occasions and learnt many, many things that stemmed originally from the brilliant mind of Rudolf Steiner expanded and refined by 90 years of work by Waldorf language and other subject teachers.

The last Englische Woche I went to was held in what used to be a monastery in a quiet, well-wooded valley in a secluded part of middle Germany. It is not by chance that we came together in a beautiful spot like this as Waldorf people are purposefully aware of what surrounds them, of environment, of season and of nature in all its guises.

Before I get too lyrical about the Steiner way of thinking let me give you a sample of areas of their belief system that I fail to engage with.

Early in my learning about the Steinerian educational system I decided to ignore areas of this educational philosophy that stuck in my gullet as there was so much I found rich, marvellously student -centred and profoundly, instinctively right.

Waldorf teachers have noticed that students bring their bodies to school. From early primary Waldorf students are given lessons in eurythmy, a flowing, socialising form of dance.

While all primary teachers are aware of the kids need to move in Waldorf schools movement becomes a kinaesthetic introduction to music, a way of getting the children to bond and to appreciate each other rhythmically.

There are state schools in my country, the Disunited Kingdom, where teachers obey a syllabus that has no time for music, where maths and English reign supreme. Singing, one of basic, “primitive” forms of music is given a firm place in the Waldorf school day. Like eurythmy, singing binds the students into harmony with each other.

In teaching mother tongue and to a lesser extent foreign languages story telling is a central plank in the programme. Much of this storytelling has the teacher performing the stories to the class, just as mother, grandmother or father used to do at home, and in some case still does. This allows story –listening to be pre-literate as it/or was, in homes at bedtime.

You will perhaps have noticed that the Waldorf approach requires a teacher to be a good performer in the world of movement, able to lead singing effectively, and feel at home with oral telling of stories etc..........

One of the clear aims of the yearly Englische Woche is to refresh and feed all the areas of a teacher’s artistic life.  An area of artistic training I chose was Paul Matthews’ Creative Writing group.  I was attracted to him because his book SING ME THE CREATION has taught me more about this area than any other I have yet found. It is sad for me to admit that CREATIVE WRITING, a book that Christine Frank*** and I put together for Helbling is much less coherently rich than Matthews’ collection of 400 exercises.  One thing I love about Steiner pedagogical training is that it is grounded in DOING and EXPERIENCING......there is very little vague theorising, as long as you keep away from lectures on Theosophy.

The teacher training offered to this large cohort of educators includes work on the person of the teacher, which is pivotal in any attempt to really reach students in the depth of their complexity. The Steiner colleagues try to realise more fully who they are and who they unconsciously “want” their students to be by doing training in clowning.

You may well, at this point say to yourself: “What far-fetched rubbish!” This was my own first reaction. “No way... not for me”.

Then I began seeking out people from the clowning workshop and asked them what on earth they were doing in the workshop, what was the content of the workshop.

From their answers I began to gather that it was a sort of indirect psychodrama.  The more they reported what they had been doing the more I felt scared of joining a clowning group!

I went to three English Weeks and could not bring myself to take the plunge and learn clowning.

Back in Pilgrims in Canterbury, UK I organised a course for Pilgrims colleagues, run by a local clowning trainer. Some of my colleagues refused to come to the training day. “Sorry Mario, but I think this time you have really gone too far...”

How does clowning bring out things that are important for a teacher?

The teacher walks into a space in which SHE lays down the law.

A clown sidles into a space in which he is INSECURE.

A clown is dependent on the good will of the group and needs to achieve upward rapport.

The teacher thinks she knows where she is going and what she is doing.

The clown is ontologically unsure of everything, etc. …  and much more.

This day’s training (I had to join the group!) forced me to question many of my beliefs as a teacher (dictator) as I found myself in role as a beggar trying to rise to clownhood.

I was beginning to understand just how powerfully student centred and humanistic Steiner colleagues often are, as they beaver away mostly out of sight of the rest of us.

Is the world-wide network of Waldorf schools maybe one of the oldest and largest home of genuine student centred, whole person teaching?

Homework:  if you possibly can visit a WALDORF SCHOOL in your own country and find out more about the system I have been clumsily evoking. Maybe it is time that people who respect students as human beings should get together with folk of like mind.

*** Sorry, Christine, but our book does not have the same magic as Matthews’ SING ME THE CREATION. 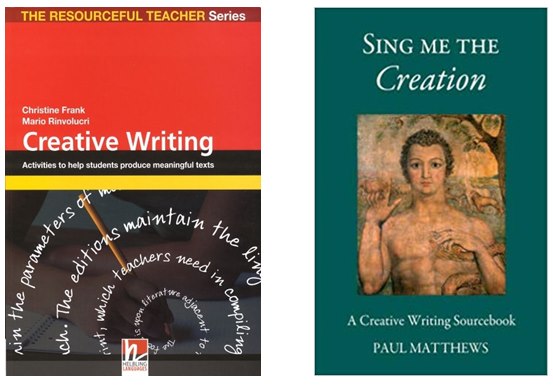