Teaching in a Time of Corona

Emma Wyatt studied at Queen Mary's College, London, acquiring both a BA and an MA in English Literature. After graduating she spent a few years working in various fields including retail and administration before gaining her CELTA qualification from IH London. Since then Emma has worked in a variety of cities and countries, Madrid, Spain; London and Bournemouth England; Liberec, the Czech Republic; and now lives and works in Bratislava, Slovakia at The Bridge. Outside of work Emma enjoys reading, cooking, spending quality time with a few close friends, and hiding whenever someone points a camera in her direction, as well as trying to get/stay fit, so long as going for a run doesn't take away too much time from binging a TV show. 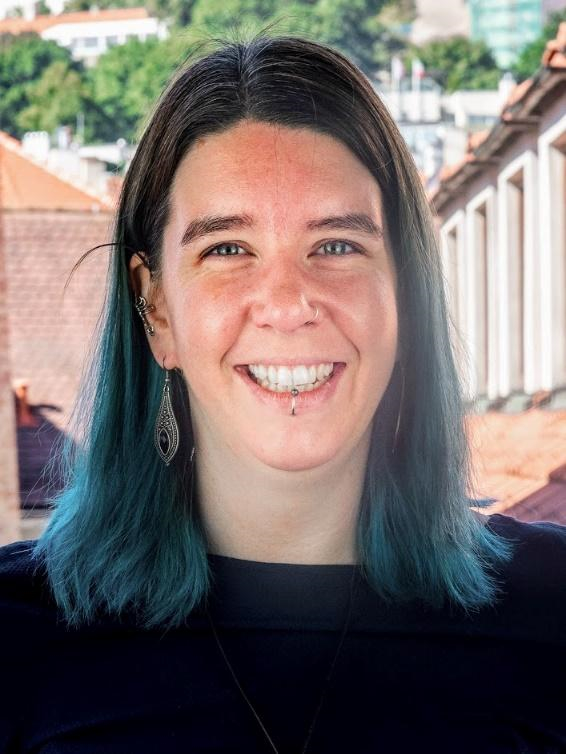 If you’re reading this because you’re hoping it contains all the answers to teaching kids online, stop reading now. I don’t have all the answers, I don’t know anyone who does (if you do have all the answers please get in contact, I’d love to hear from you). All I can really do right now is share my experiences and, hopefully, reassure you that you’re not alone, figuratively rather than literally during this time of self-isolation.

Before the virus-which-shall-not-be-named came along, I’d never taught online, ever. My first lesson was with adults and one of them told me afterwards that she hadn’t noticed any difference in the teaching or lesson compared with when we were together in a classroom. I’m choosing to believe this speaks to the excellent quality of my online lesson that day, and not to the poor quality of my lessons normally.

Later that same day one of my colleagues informed me that a primary school, at which I and several others had been teaching, would be moving their lessons online. My first thought was “Are you kidding me? It’s hard enough to control those kids sometimes when I’m physically present, how am I going to manage them through a computer screen?” To be honest I didn’t just think that, I said it out loud and there was at least one expletive. It was also my second, third and probably fourth thought as well.

Two days later, sitting at the table in my flat which has become my designated “teaching table”, I was as prepared, mentally and emotionally, as possible.  It took a while for the kids to log in and, of course, there were the expected technical difficulties but it went ok. Three kids “came” to that lesson, a few more to the next. The attendance has varied but probably not more than it does when in their normal lessons.

Technical difficulties have added a stress factor not present in face-to-face lessons, even my own computer has switched off after becoming overheated and I’ve had to quickly log back in on my phone. I’ve lost track of the number of times kids have “dropped out” only to appear a few minutes later apologising profusely and explaining that their internet cut out. I’ve explained that it’s really ok, I assumed that’s what had happened and they really didn’t need to interrupt me so loudly to explain. Not that this is the only time I get loudly interrupted by students desperate to tell me something really unnecessary, “Emma, Emma, I have it!” or “Emma, Emma, I did my homework!”. Has anyone else noted that the increasing number of times your name is repeated the less important the information seems to be? In all fairness, this is the type of interruption I was dealing with even during our regular lessons, so it’s reassuring to know that some things never change regardless of the medium.

At least my kids were dropping out of the lesson due to technical problems, a colleague had issues with kids muting and unmuting each other and even “kicking” each other out of the lesson. Advice from the primary school; make rules and explain to the kids that they shouldn’t do that to each other (with appropriate finger wagging as necessary). Luckily, I teach the oldest kids so appealing to their better natures has a slight advantage.

We did have to make rules about use of the chat box, a useful function when checking spelling corrections in exercises. One child was copying and pasting the answer and repeating it again, and again, and again, and again, and.... You get the idea. So, the rule is you only write in the chat box if the teacher asks you to. However, we have had to change that rule slightly. When there are more than four participants not all of them are visible on the screen at the same time so anyone who politely puts their hand up to ask or answer a question may not be easily seen. As a result, we have agreed that students can type any questions they have into the chat box if they have been waiting some time and I clearly haven’t seen them with their hand raised. Another exception, which came from the children helping each other without any input from me, occurred when a student dropped out due to internet problems. Upon returning she typed into the box, “What exercise are we on?”. I missed this as I was busy taking the others through the examples but two other students saw it and typed the page and exercise number in so that she could catch up. I noticed this and made a point to thank the students for being so helpful to each other without disrupting the lesson.

In another class some students were joined by younger siblings who were keen to show a new audience their guitar skills, or that they speak English too. It was sweet seeing my students acting affectionately with their brothers and sisters, more affectionately than I imagine my brother and I would have been under the circumstances, but a little distracting nonetheless. Perhaps some of you have experienced other entertaining/challenging occurrences.

In many ways I know I’ve been lucky. The management challenges I’ve faced have been no different really to the ones I faced in the classroom. Some overeager students who want to answer all the questions even when I specifically asked another student to answer. Or students who don’t listen to instructions and shout out in a panicked voice that they don’t know what they are doing, or what exercise we’re on “I know,” I answer, “that’s because I’ve only told you the page number, I haven’t had a chance to tell you what exercise yet”.  All in all, it’s been no more trying than teaching them in person, except for the technical problems of course. I still have a water bottle nearby to soothe my tired voice after explaining the meaning of a word for the third time in a row, or repeating the page and exercise number (while pointing to the appropriate part of the book) for the umpteenth-time. I think I’ll reward myself with a new laptop when this is all over and give my old one the rest it’ll have more than earnt.