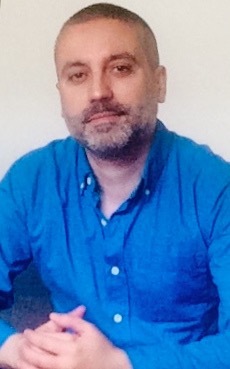 Nico de Napoli is a coach with a background in music performance and applied linguistics. Before running his own integrative coaching practice, he did translation work for over a decade, as well as teaching English in several language schools in London. His passion for foreign languages dates back to his school years in Italy. www.nicodenapoli.com

Compared to other Indo-European languages, English grammar is rather uncomplicated. Verb conjugation by person, for instance, is virtually nonexistent; and unlike in German and the Balto-Slavic languages, there is no declension of nouns, articles or adjectives. In English, only personal pronouns have different ‘cases’ (I/me, he/him, we/us, etc.) and the vast majority of nouns are gender-neutral, which takes away the headache of having to guess whether each and every noun is feminine or masculine – or indeed neutral.

The relative simplicity of English grammar is probably one of the reasons why the language has become the official or de facto lingua franca in virtually all international environments, including most international political institutions.

Nevertheless, English language learning poses its own challenges – one of them being pronunciation, as there are very few rules and countless exceptions. As a foreign learner, and to an extent even as a native speaker, you can rarely be sure of how to pronounce a word you do not know. The lack of fixed rules makes English pronunciation somewhat arbitrary. Many words can be pronounced correctly in more than one way – the words ‘direction’ and ‘either’, for example – depending on regional accent, or simply personal preference.

There is, of course, Received Pronunciation (RP), which is meant to establish the ‘standard’ way of pronouncing English words, but this has been largely dropped, even by the BBC. Which is great for authenticity (only a tiny minority of people speak like that) and for political correctness. Why should one region or a relatively small group of people establish all of the rules?

I trained as an EFL teacher two decades ago and as far as I’m aware, ESOL teachers have always been allowed, if not encouraged, to teach pronunciation based on their own regional accents.

This authenticity makes the English language more alive and accessible than many others; but the downside for speakers of other languages is that if you grew up in a culture that is more rigid with its linguistic rules, or if you just happen to be the type of learner who favours rules, you might struggle with this flexibility.

EFL teachers can try to make life a little easier for those students whose brains rely heavily on sets of rules for language learning and offer them a structure of reference, wherever possible. For instance, they could tackle the grammatical, orthographic and phonological differences between American and British English (AE and BE).

English is the main language spoken in other former colonies, such as Australia, Canada, New Zealand and South Africa. It is also an official language in several Indian states and a lingua franca throughout the subcontinent.

In his book, The English Language, David Crystal writes:

"British English is now, numerically speaking, a minority dialect, compared with American, or even Indian, English.”

However, due to socio-political factors, there are only two reference varieties of English: American and British. Below, are some of their grammatical differences:

Some verbs that are irregular in BE happen to be regular in AE: lit versus lighted – and vice versa: dived (BE) versus dove (AE).

In BE, collective nouns – words that refer to groups of people or institutions, such as ‘family’ or ‘government’ – are followed by a verb conjugated in the plural: My family live in Italy – whereas AE uses the singular: My family lives in Italy. Like in the use of the past simple, this Americanism is also starting to influence BE.

One of the trickiest aspects of any foreign language learning is the use of prepositions. Native English speakers make this even trickier for foreign learners by not being consistent in their usage. In many cases, different prepositions can be used almost interchangeably: at/on the weekend; in/at school; different from/to/than. And so on. The choice can depend on context, preference, or the variety of English.

A rather confusing difference for English language learners is the use of the definite article. Britons say: I  have to go to hospital – whereas Americans say: I have to go to the hospital. In other cases, it’s the other way round. AE: He plays piano – BE: He plays the piano. This is particularly misleading for foreign students whose native tongues (such as Slavic languages) don't even feature the definite article!

In recent decades, linguists have focused on the use of English as a lingua franca in mainland Europe, particularly in international cities such as Brussels and Berlin, and they have indentified the so-called Euro-English variety. The term was first coined in the 1980s and it referred to the English spoken by the staff of the EU's institutions, who made certain grammatical errors and borrowed words and expressions from other European languages.

Some linguists suggest that Euro-English is just another example of the flexibility of the English language rather than a separate dialect of it. Others believe it falls under the Mid-Atlantic variety: a neutral form of English without any distinct geographical associations.

Old-style film stars such as Bette Davis, Katharine Hepburn and Cary Grant were renowned for using a Mid-Atlantic accent. This went out of fashion in Hollywood, as it was considered an affectation of the East Coast upper crust. But in the past 20 years, what with the internet and globalisation, crosslinguistic influence has taken place and a growing number of people across the world now speak (and write) a variety of English that is neither fully American nor British.

Euro-English allows speakers of other languages to express their own socio-cultural identities when speaking English, because it is an endonormative lingua franca; that is, it derives its norms from its own usage rather than from native BE or AE. Expressions initially used and understood only by people who know the language of origin eventually become accepted and used also by native English speakers. The variety incorporates elements of RP, Standard AE, and the speaker’s own mother tongue, and it uses a vocabulary that is understandable to most English speakers worldwide.

Many of us noticed the articulate, fluent English spoken by the president of the European Commission, Ursula von der Leyen, during the Brexit negotiations. Several commentators in the UK and other English-speaking countries remarked on the clarity of her English compared to her British counterparts!

Ironically, or perhaps not, in international milieus where English is the common language, Britons tend to be the odd ones out. I recall being out to dinner in India a few years ago with a very well-spoken Englishman, a young Tamil man who spoke perfect English with a strong Southern Indian accent, which is notoriously difficult to understand, and an Italian woman whose English was fairly good but who on occasion would ask me to translate for her. Out of curiosity, I asked her which of her interlocutors she found harder to understand – and to everyone’s amusement, she pointed to the English guy!