Christina Chorianopoulou is an English and Greek language educator, passionate about PBL & TBL. A former TESOL Greece Chair & Journal Editor, she blogs and tweets about all things ELT. Email: chorianopoulouc@gmail.com 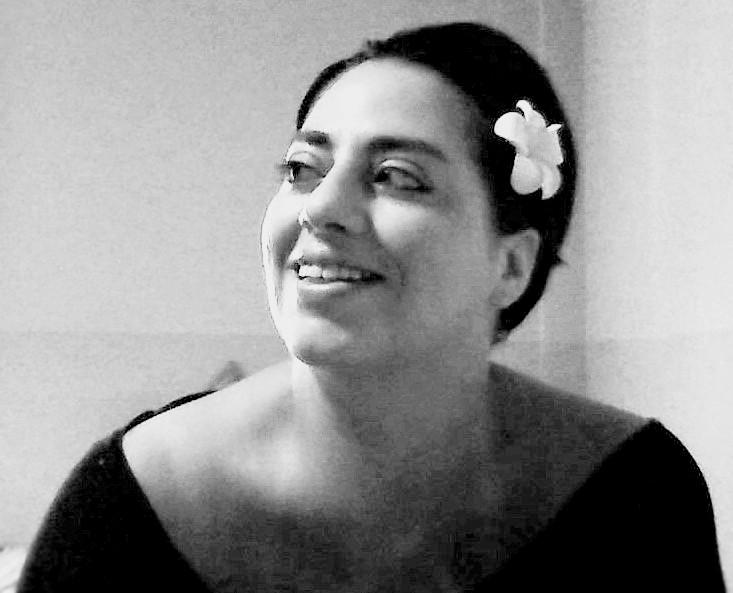 Project-based learning, Task-based learning… how do we even get there? Most of the material my groups work on comes from their own interactions, as well as among them and myself. As all good learning stories, this project started from a frustrated student’s comment and the urge of the group to end that frustration. Should we speak in a particular way in order to be understood in our second language? Does it have to do with accent or with diction? Do we listen in the same way as we’d like to be listened to? Is this an indication of our competence and knowledge?

I have to state that our starting point is trust. In order for a project to materialize, we need to feel comfortable with each other in sharing, offering suggestions, giving feedback and working through tasks collectively. In many ways, a project cultivates the above and sets effective learning in motion; in our case, eight fourteen to sixteen-year-olds, who had much more in common than they realized in the beginning, managed to come together and deliver tangible outcomes after almost eight months of designing and collaborating on the project. That particular group had had experience in the task-based approach and, as the questions multiplied and developed in complexity, their previously acquired skills were put to the test so as to make every task meaningful and constructive. Meeting face-to-face once a week and collaborating online in our Google classroom twice more, the group had sufficient time to discuss new ideas, resolve issues and reflect as a team.

The first stage was simpler in devising and implementing, with tasks like:

Moving to the second stage came much faster than I expected, mid-way through the second month. I felt apprehensive, I must admit it. My concerns were whether the group had had enough time to experiment with the techniques and tasks, and also whether it was necessary for me to interfere and stall the process. The driving question, however, had already been enriched with emergent follow-ups: “Does what we say depend on who is listening?” , “Should we change our words and tone in order to be understood?”. Seeing how engaged the group was in the new prospects, I decided to risk it and allow things to evolve, which thankfully led to some further intriguing results:

1 Re-naming the project: the made-up idiom story (“ears” instead of “eyes”  peeled)

2 The PM Board: task pin-board where the week’s team leaders left messages in the phonetic transcript (the group’s effort to make the most of – both printed and online – dictionary use within our project’s framework)

a. opportunity for instruction and scaffolding of bottom-up and top-down processes simultaneously

b. initiating ELF attempts (a big thank you, here, to https://elfpron.wordpress.com/)

4 The decision to take steps out of safety:

a. presenting project tasks at morning school and involving classmates

b. organizing collective book read-aloud sessions for younger learners, peers in language schools and eventually preparing to contribute to LibriVox

We moved on to the third stage of our project, where the focus is on presenting the group’s work in detail through the final product: the Project Website. The core group in Athens has been collecting their own and all material from other groups taking part and has been designing the webpage on the Wix platform. It has been a demanding task, as it requires careful planning, clear roles, and efficient time management, but so far it seems the group has got everything under control and will meet their deadlines.

It took the core group about a month and a half to get their heads round to what we were doing. I’ll admit to enjoying this process immensely, in spite of my concerns that they got there far too quickly.

Having spent twenty days brainstorming, keeping notes and deciding upon who should do what, it was simply uplifting to experience languages being used in all sorts of ways; all our languages, that is. We’ve been an odd bunch.

While writing this, I kept thinking what the best way to portray our gatherings would be, and

thought that only a weekly development of thought and practice could do so.

Here is a week working with the project group:

Monday through Wednesday: Collaborating on our dedicated Google Classroom

a You wake up because your sister/brother has just slammed the door of your bedroom.

b You’re sitting around the table for breakfast. You think the bread is not fresh.

c You’re getting ready for school. You have forgotten to do an assignment for your History class.

Where are the speakers?

What is the problem?

How would you react to those issues?

Thursday and Friday (still collaborating online, only through both the Classroom and our whatsapp chat)

- Group 1: collect responses and propose which recordings & follow-up questions should be added to the project portfolio.

- Group 2: give feedback on Group 1 proposals & share your arguments and suggestions.

- Perform scenarios, including suggestions/modifications by both groups

Differences/similarities between recorded and on-the-spot presentation of scenarios

1) Is what you heard understandable?

2) Did you spot any problems, and which?

3)What are the ways to improve?

So, a typical week with the group really held plenty of wonder. I was quite happy to sit in the back and observe those goings-on, and actually found myself wondering when my input would be necessary. In such a week, I was probably just the motivator – yes, keep at this, yes, compare dictionaries too, yes, it’s fine to get emotional, all of this.

To me, being able to blend in the background but also hold the rule still feels remarkable. Especially because no rules have been pre-set, because I’m in the observer and contributor shoes – not the I-know-and-you-don’t ones.

It has been impressive, to say the least, to observe teens translaguaging their way into English – holding onto that in-between part of making sense among the group but then acknowledging and striving to make the effort commonly understood and acceptable.

This process repeated, with many different scenarios, all through the month that followed. We eventually reached a point where some form of more formal assessment needed to come in – the group needed to know if their work and choices were effective. And though my own input on that front was requested and provided through the rubrics I always prepare, it didn’t feel enough.

The truth is I usually panic when this feeling of inadequacy rushes in. Trusting your gut just isn’t enough. I’ve reached a point, however, where this is a forseeable feeling and I remember that somewhere inside me, there are mechanisms to transform it, shape it, make it work for the best. So my #teacherhub rushed in there too. I asked my RP group for help, forgetting I shouldn’t be apologetic about it. And it was a great reminder of why my practice used to make me feel insufficient in the past.

In practical terms, the project group prepared an audio performance – “blind theatre” might be an appropriate title for it – to showcase those three months of learning to their immediate environment: parents, friends and the local community. I suppose it was the ultimate challenge, at that stage, for them to know that among the audience there were six people – six teachers – who were silently assessing them; somewhat like the reviewer assessing the chéf in that optimistically freshly-opened restaurant in town.

We still strive and keep our ears peeled. With so much unfolding in the world around us, we surely have more than enough material to work on. Where will this take us?