The Magic Millstone – Learning a Korean Folk Tale from KC

David Heathfield is a freelance storyteller, teacher and teacher trainer. He is the author of Storytelling With Our Students: Techniques for Telling Tales from Around the World and Spontaneous Speaking: Drama Activities for Confidence and Fluency, both published by DELTA Publishing. He writes the regular feature Students’ Stories in English Teaching Professional magazine. He is a member of The Creativity Group. www.davidheathfield.co.uk

KC and her story

I wanted to tell The Magic Millstone (or Why the Sea is Salty) because it’s clear, it’s simple, it’s funny, it’s magical, there’s wisdom, there are opportunities for students learning English to join in and, most importantly, I learned it from a student who I enjoyed teaching. 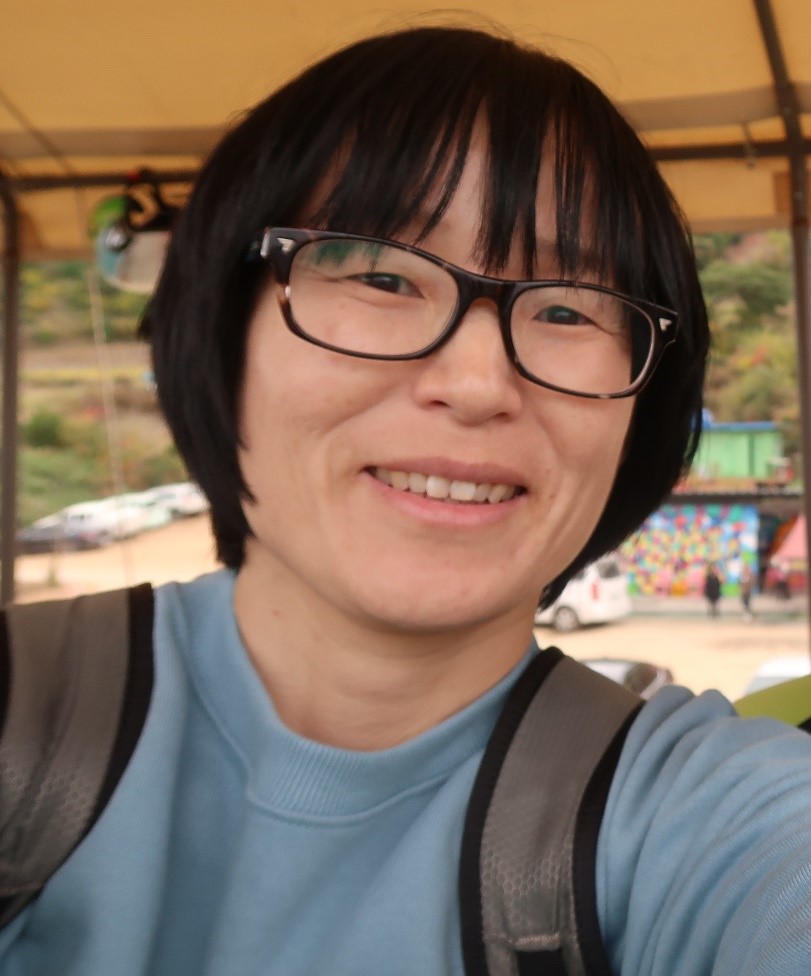 Hyon Ju Ham, whose English nickname is KC, is from South Korea and was a student in an adult General English class which my wife Tammy Heathfield and I were teaching in Exeter, UK. Now KC is back working in the South Korean civil service and continuing her passion for paragliding whenever and wherever she gets the chance. When KC arrived in the UK, she had a huge passive knowledge of English vocabulary and her strongest skill was translating written English into Korean. The biggest challenge for her was to speak English using more than simple, short stock phrases. Her utterances when she first arrived were very short, but over the months she built up her confidence and fluency. Some of the main teaching tools I used with her and her classmates were drama, theatre-making, storytelling and storymaking.

Like many students I teach, KC told a folk tale she knew well from her own heritage. After students learn a short folk tale from me and practise retelling it focusing on use of voice and physical expression, I invite them to choose a tale that they know well in their mother tongue and would like to share with their international classmates. The key is for them to retell the same story as many times as they are willing to, so I often follow the following procedure.

1. I ask them to spend time outside class preparing to tell their story in English using their own words and with the help of a dictionary where necessary (rather than using an online translation tool or a version in English available online). I suggest they tell it to themselves in private, make audio or video recordings of themselves telling it, go for a walk and tell it out loud (I find this really useful when I’m learning a story myself – in pre-mobile phone days other pedestrians used to think I was crazy but these days they simply assume I’m leaving some kind of bizarre voice message on a hidden device). I also encourage them to tell it to each other, to people they live with and to online friends.

3. Now students are growing in confidence, I invite them to do more rehearsing outside class in preparation to tell the same story without written prompts to the whole class. I remind them to rehearse telling the unscripted story freely and creatively, so the words are not recited but come out naturally and spontaneously. When students are in the process of rehearsing, they are encouraged to send me an audio recording, so I can give them feedback and encouragement. My feedback is most often about voice, rhythm, topic word stress and intonation. Sometimes I send them written feedback, sometimes audio feedback, sometimes a combination.

4. Each subsequent lesson begins with a different student telling their story. The support each student gets from their classmates when they come to performing their story boosts their confidence. In nearly all cases it is the longest uninterrupted piece of extended speaking they have ever done in English. However, much more than this, there is a real sense of giving and receiving and deep intercultural sharing, which makes the whole process deeply engaging and satisfying for everyone involved. The class grows as a learning community.

The audio here https://youtu.be/X8M5OTNWtPA is in fact the second rehearsal recording KC emailed to me asking for feedback, which shows just how determined KC was to perform her story to the best of her ability. After this she went on to tell the story confidently in front of her classmates. It gives me satisfaction to witness students as they grow in confidence as English language storytellers.

Learning folk tales from learners and retelling them

As a storyteller myself, a great number of the stories I tell are ones I’ve learned from students and teachers I’ve met from many different cultures. The valuing of the stories the students share is of paramount importance, much more likely to help in the learning process than focusing on accuracy, for example.

South Korea, like many other countries, has a rich store of wonderful folk stories. The ones I have learned from my Korean students rate among my favourites. They are very different from the European ones I grew up reading and being told. Korean tales often feature elements of the natural world interacting with or even becoming human (see two further Korean stories at the end of this article). Discovering such differences between folk tales from cultures other than our own is fascinating and offers storytelling teachers and students insights into those cultures and new ways of understanding ourselves.

What means most to me in all this is that the students and I all learn from each other and with each other. My role is to be another human being in the classroom, facilitating and sharing in their creative interaction. They say that when a story is being told, three apples fall from heaven. The first is for the storyteller. The second is for the one who listens. The third and sweetest apple is for the one who listens and remembers and then retells the story with others.

In communication with KC

Here is a recent exchange of emails between KC and me:

How are things with you?

I've been asked to write a piece relating to South Korea and would like to include the audio recording you sent me of the story The Magic Millstone about salt in the sea - would that be ok?

Please can you tell me how storytelling in Exeter benefited your English learning and whether the experience of doing storytelling with me in Exeter is useful in your life now?

What's your news - are you still paragliding a lot?

As soon as I came back to Korea, I needed to work again and because it was a different position from the position which I used to work, I had to learn lots of new things. But when I have a free time, I used to go to the paragliding site. ^^

Anyway, Of course, the experience of doing storytelling in Exeter helped me a lot. Before I went to the UK, I had a fear of speaking English in front of many people, even when I speak in Korean.Haha

But with your great lecture, now I feel more confident about myself and speaking English. A few years ago, I started to learn English over the phone from the teacher in the Philippines. And I am still learning English with the same teacher. So, she knows my improvement which was happened after I came back to Korea from the UK. Although it wasn't a big change, she said that it seems for me to speak English with confidence.^^

Thanks to your efforts. ^^* I miss you and tammy so much.

I hope that we can keep in touch. Have a nice day~!!

I told your story to Danish teen-agers yesterday and they loved it. I haven't made the video public yet but here it is https://youtu.be/OCXtbbFxDhc

I'd like to know what you think when you see me telling your story to students in Denmark.

Thank you so much David!

It's my honor for me to hear the story which was told by your own voice.

The best thing is that you let other countries' students know Korean folk tales.

I am really glad to see Denmark students who like the story. And thank you for letting me show the video.

I'm delighted that you like it. It's such a nice story and kind of funny too. The Danish students loved it.

I'm going to write about this experience in a teaching magazine. Is it ok with you if I quote from the emails you've sent me? I'll share it with you when it's published.

The Magic Millstone (or Why the Sea is Salty), a Korean folk tal 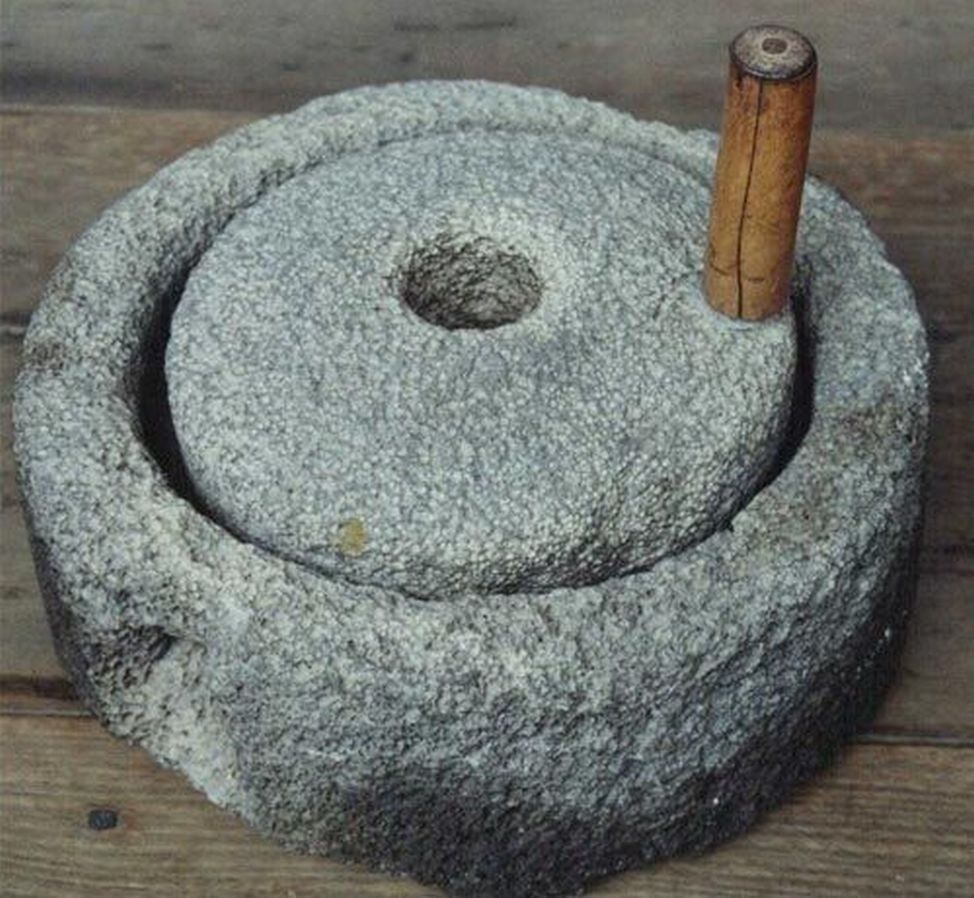 Here is the transcription of me telling the story with Danish teenage learners of English – see https://youtu.be/OCXtbbFxDhc

Long long long ago when the sea was fresh, with water that you could drink, there lived two brothers; Han and Soo. Han was the older brother and he was hard-hearted, cruel and selfish. Soo, the younger brother, was kind, giving and generous.

One day Soo was collecting firewood in the mountains. Suddenly there in front of him he saw and old, old man lying on the ground.

And from nowhere the old man produced a millstone.

The old man left and seemed to disappear into nowhere.

Soo looked at the millstone.

The stone stopped turning. Soo took that rice flour and made food with it. There was so much, there was too much for him alone. So he took what was left and, being kind-hearted, Soo fed the hungriest people in the community; those who needed it most.

So Han went and he followed his brother secretly to his home. Han looked from his hiding place as Soo now sat once more in front of the grinding millstone.

And the stone began to turn. Out from the stone came ground soya beans, more and more and his brother Han said:

Han did not stay to watch his brother any longer.

Soon there was great heap of ground soya beans. And Soo said:

The stone stopped turning. Well Soo, of course, shared the ground soya beans that he did not need himself with the rest of the community, those who were the hungriest.

That night Han, the cruel and selfish brother, came secretly to Soo’s house in the night. He crept in silently and picked up the magic millstone. He crept out of the door, but at that moment Soo woke up:

Well, Han didn’t listen. He was already running with the heavy millstone down towards the shore. There he found his small wooden boat. He climbed onto the boat.

Do you know where this story is going? Can you imagine what happened?

There on the wooden boat Han put down the millstone and he thought:

Now, in those days the sea was fresh water. You could drink it, it was so clean. Salt was rare. Salt was hard to find. Salt was of great value.

As he thought and wished for salt, Han said:

And the stone began to turn in the bottom of the boat. Out from the millstone came salt in plenty, more and more salt, a great heap of salt.

As more salt appeared and the boat was filling, he said:

But the boat continued to fill:

He did not know the magic words. The boat filled with salt, got heavier and heavier. Full to the brim the boat began to sink down with the millstone and also with the cruel, selfish brother.

There at the bottom of the sea the millstone continued to grind more and more and more salt. They say in Korea that that stone is turning still, which is why the sea is salty. 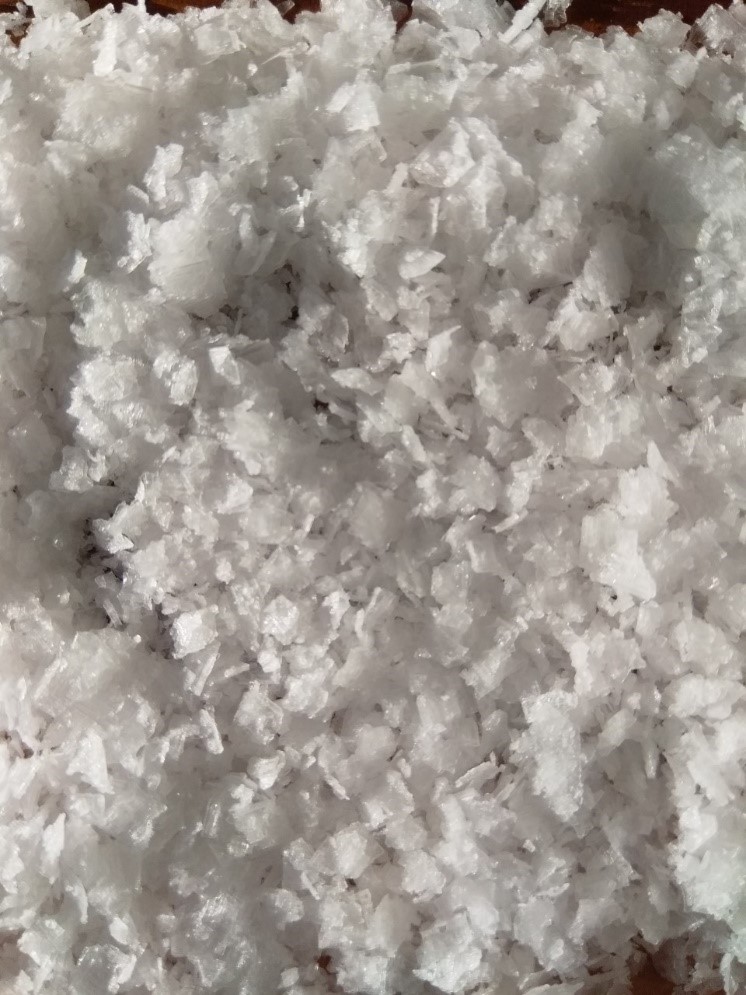 Here are two more videos of me telling my classes wonderful folk tales I learned from Korean students:

The Spring of Youth https://www.youtube.com/watch?v=2HcE4TkdXZQ&feature=youtu.be