Forests and Climate Change in Canada

Dr. Bill (Balwant) Bhaneja is a former Canadian science diplomat. He is author of six books and  written scholarly papers on politics and science. He holds a PhD in science policy from UK’s Victoria University of Manchester and currently serves as Senior Advisor to the Center for Global Nonkilling (www.nonkilling.org). This article was based on the notes he prepared for a presentation to a Seniors Forum in Ottawa in January 2020. Email: billbhaneja@rogers.com 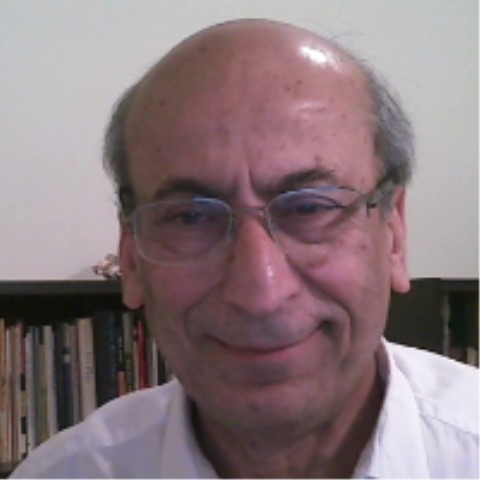 “A forest is considered to be a carbon sink if it absorbs more carbon from the atmosphere than it releases. Carbon is absorbed from the atmosphere through photosynthesis. It then becomes deposited in forestbiomass (that is, trunks, branches, roots and leaves), in dead organic matter (litter and dead wood) and in soils”. -- Natural Resources Canada

In a layperson’s language, ‘carbon sink’ is a phenomenon similar to what one may describe as nature’s breathing - the forests/trees absorb CO2 from atmosphere and release Oxygen; however during forest fires or decay, this process is  reversed. A forest then starts lowering its carbon sink capacity, emitting a large amount of stored carbon sending it billowing into the air.

The forests of Canada are located across much of the country. Approximately half of Canada is covered by forest, totaling around 2.4 million km2 (0.93 million sq mi). Over 90% of Canada's forests are owned by the public (Crown land and Provincial forest). About half of the forests are allocated for logging. (https://en.wikipedia.org/wiki/Forests_of_Canada)

Under the 1867 British North American Act, the management and ownership of Canada’s forests fall under provincial jurisdiction, while the scientific research for forest’s protection and enhancement come under  federal responsibility. A small amount of other forests (e.g. national parks and indigenous populations owned) come under federal jurisdiction.

Due to a rapidly changing climate (caused by greenhouse gases, fires, draughts, floods, insects and pests), trees are migrating to higher latitudes/altitudes (northward), but some species may not migrate fast enough to follow their climatic habitat. .( https://pubs.cif-ifc.org/doi/10.5558/tfc2011-088) Assisted migration of tree species is one tool that has been proposed and is currently under study. It involves deliberately moving select tree species to locations that may better climatically suit them in the future. However all that requires pursuant of programs for appropriate re-foresting practices (eg, site preparation, tree planting, seeding, tending (eg, weeding, spacing) and forest management operations.

One of the key causes of climate change has been the rise in GreenHouse Gases (GHG), mainly Carbon Dioxide (CO2). Interaction of greenhouse gas emissions with forest has contributed to rise in temperature and negative impact on quality of forests and its ecosystems.

According to Environment Canada (2011 annual report), there is evidence that some regional areas within the western Canadian boreal forest temperatures have increased by 2 °C since 1948. (https://en.wikipedia.org/wiki/Climate_change_in_Canada). The rate of the changing climate is leading to drier conditions, which leads to a whole host of subsequent issues of water supply, soil conditions, insects and pests.

Green House Gases have continued to rise over past three decades. The GHG emissions in Canada in 1990 was 600 megaton CO2 equivalent, by 2017 it had increased to 716 megaton CO2 equiv.(https://www.canada.ca/en/environment-climate-change/services/environmental-indicators/greenhouse-gas-emissions.html)

A study of Canadian Greenhouse emissions by sources shows in 2017,  the oil and gas sector and transportation sector were the largest GHG emitters in Canada. Together, they accounted for 52% of total emissions. By Canadian province/territory, five top GreenHouse Gas emitters in 2017 were Alberta, Ontario, Quebec, Saskatchewan and British Columbia, these together released 91% of Canada's national total GHG emissions. Of these top 5 emitters, greenhouse gas emissions were lower in 2017 than in 1990 for Ontario and Quebec. For Quebec, emissions were lower by 8.0 megatonnes (Mt) of carbon dioxide equivalent (CO2 eq) . For Ontario, emissions were lower by 21.3 Mt CO2 eq. (https://www.canada.ca/en/environment-climate-change/services/environmental-indicators/greenhouse-gas-emissions.html)

Canada has committed itself to zero GHG emissions by 2050. However emission trends do not show any downward pattern. Even a target to cut emissions by 30 percent below 2005 levels by 2030 is far off the track.  That makes it urgent to work on all fronts to bring emissions down through reducing GHG from energy and non energy sources as well as seek effective management of Canadian forests increasing their carbon storing capacities. [Even at four million tonnes a year by 2030, the impact on Canada's emissions would not be huge. Canada is currently aiming to cut emissions from 716 million tonnes in 2017 to no more than 511 million tonnes by 2030]

Jeremy Kerr, a professor of biology at the University of Ottawa points to an important piece of research which shows that if the world could plant 500 billion new trees,  by doing so roughly two-thirds of all the carbon emissions produced by humans since the start of the Industrial Revolution, would be removed. (From interview by Amanda Connolly in Global News, October 3, 2019 -“Liberals want to plant 2 billion trees to get carbon neutral. Will it work?” https://globalnews.ca/news/5959824/justin-trudeau-tree-planting/)

“Canada can’t plant 500 billion trees inside Canada but we can do our part,” Kerr says.

“Two billion trees (Canadian govt announcement)" he says,  “is actually a pretty reasonable contribution to that total global requirement to address the huge pool of carbon that we’ve dumped in the atmosphere. Those trees pull that carbon right back out. This is timely because the science is now incredibly clear.”

Those benefits only work in the long term, though, if they are done in conjunction with broader efforts to reduce emissions overall and in recognition of the impact that doing reforestation poorly can have on communities and local ecosystems.  For instance right kind of reforestation would involve: choice of right kind of tree species appropriate to soil,  plantation of diverse seedling with right spacing, assisted migration of rare species to right climate and soil conditions.

As the world’s ecological crisis becomes better understood, the boreal forest is being seen as somewhat of a celebrity because of one statistics: the Canadian boreal represents 25 per cent of the planet’s remaining intact forest,  leading the world alongside the Amazon. Around 80 per cent of Canada’s boreal comprising mainly of Aspen, Pine, Birch is still relatively intact -- a rare thing in today’s world.

The green ribbon that makes up 75 per cent of Canada’s forests (270 million hectares) is among the largest intact wildernesses on the planet. Environmentalists call it 'one of the last great conservation opportunities.'

We must protect the boreal as it is facing threats from logging, mining, fires, pests and the many ways those factors interact with climate change.  Prof. Kerr says the boreal is one of our best hopes for mitigating the effects of climate change and keeping the Earth habitable. Yet it also houses huge deposits of oil and gas and minerals. The decisions being made to whether protect or exploit the boreal  could have repercussions for generations.

According to the U.S. Environmental Protection Agency, one coniferous or deciduous tree grown in an urban setting over 10 years can sequester between 23.3 and 38 pounds of carbon per year. Another group One Tree Planted, pegs that number at 48 pounds per year. (From interview by Amanda Connolly in Global News, October 3, 2019 -“Liberals want to plant 2 billion trees to get carbon neutral. Will it work?” https://globalnews.ca/news/5959824/justin-trudeau-tree-planting/)

The Canadian Council of Forest Ministers, made up of provincial and federal ministers, also adds that one hectare of mature trees can sequester 6.4 tonnes of carbon emissions every year, which equates to about the amount of carbon emitted by a mid-sized vehicle over the same time period. (From interview by Amanda Connolly in Global News, October 3, 2019 -“Liberals want to plant 2 billion trees to get carbon neutral. Will it work?” https://globalnews.ca/news/5959824/justin-trudeau-tree-planting/)

There are recommendations that keep emerging on effective management of natural sources linked to increasing carbon sink capacity of Canadian forests while decreasing Green House emissions through efficient and alternative technologies (e.g. electric cars, carbon absorbing soils, renewable energy solar and wind energy sources for power etc). Ultimately, large swathes of the forest have to be protected from development — be it mining, forest logging, oilsands, large-scale hydropower dams or other disturbance. New experiments are being tried through joint stewardship of forests with designation of large areas as indigenously-led UNESCO biosphere protected areas.

Pimachiowin Aki (“The Land That Gives Life”) was designated a UNESCO World Heritage site in July 2018. It encompasses nearly three million hectares, in the homeland of four indigenous Anishinaabe communities straddling provinces of Manitoba and Ontario. It’s the first UNESCO site of its kind: a “mixed” site that includes recognition of its cultural as well as its natural value. (https://www.canadiangeographic.ca/article/pimachiowin-aki-canadas-newest-unesco-world-heritage-site )

There is an urgent need to raise public awareness of adverse impacts of climate change, current and potential in general and forests. Promoting urban forestry for greening of neighbourhoods is another way to improve understanding about positive impact horticulture trees/forests can have on a neighborhood and its environment.

Better coordination between federal-provincial governments is essential as politically the tendency of Conservative governments in the past has been to be that of climate change deniers leading to poor forestry management practices and higher greenhouse gas emissions etc.

In closing, a poetic note of caution from a Brazilian professor colleague Francisco Gomes de Matos who witnessed from near the Amazon forest and its decline:

“When forests burning we see

What does that tell you and me?

That the Rights of Nature are being violated

and by inhuman actions trees

It also tells us that deforestation is abominably profit-making

and it reminds us that  protecting

flora and fauna is part of our global citizenship participating”