Ka Hang Wong is an English language teacher who has taught English for Academic Purposes and Settlement English in China and Australia. He has a BA in International Studies from Murdoch University, Western Australia and a Graduate Diploma in Teaching English to Speakers of Other Languages from University of Technology, Sydney (UTS). Email: a_k_wong@hotmail.com 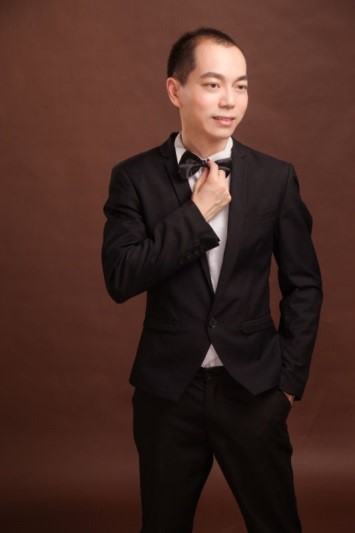 There has been a growing worldwide interest in environmental education (EE) in recent years. Although EE has been increasingly incorporated into the school curriculum, the genre of shallow environmentalism has repeatedly emerged. Shallow environmentalism can be described as the addressing of immediate physical manifestation of environmental degradation but not the underlying causes of it (Stibbe, 2004). This literature review will focus on four major themes which appear recurringly throughout the five articles reviewed. The themes are: the limited materials on EE contained within EFL textbooks and the lack of encouragement for individuals to take actions, the minimisation of human actions in ecological destruction within the textbooks, the top-down approach to EE, and recommendation for a more holistic approach to EE. Three of the articles have a focus on China, one centres its research on Japan, and one revolves around the international context.

One of the recurring themes amongst the articles is that EFL textbooks contain limited materials on EE. Xiong (2014) finds in his document study of twenty-eight EFL textbooks produced for China that only 4% of resources address environmental topics. This is supported by Li (2013), who analyses the most-in-use College English textbooks and observes that they only introduce a limited number of topics related to the environment. The finding in the Chinese context is similar to that of the international situation, in which only 2% of seventeen surveyed ELT course books include environmental content (Jacobs & Goatly, 2000). An associated issue is that the teaching resources do not encourage students to take real actions in protecting the environment. Xiong finds that the lessons in the textbooks put students as bystanders only and fail to embolden them into taking part in environmental action. Li has a similar finding in that the resources which deal with the environment lack participation steps and are only used for learning about grammar. Likewise, Tian and Wang (2015) describe EE as having more focus on knowledge than practice. Furthermore, Jacobs and Goatly (2000) state that while environmental issues have become popular in EFL textbooks, they fall short of encouraging real participation in environmental preservation. It seems that the limited number of environmental topics in EFL textbooks and the lack of individual participation could only indicate that EE is given a peripheral treatment in the curriculum.

Minimisation of human actions in ecological destruction within the textbooks

Another major theme is that the EFL textbooks appear to minimize human actions for environmental destruction. By employing the “logic of appearances” in the surveyed textbooks, the materials avoid considering human actions that result in ecological imbalance (Fairclough, as cited in Xiong, 2014). Further examples include using “grammatical metaphor” and nominalisation techniques to lessen human responsibility (Thompson, as cited in Xiong, 2014). This finding is shared by Stibbe (2004), who discovers in his survey of twenty-six textbooks that they fail to mention unnatural phenomenon are caused by human behaviour such as consumerism. He provides examples to show how instead of ascribing the sources of pollutants to users of electricity and driver of cars, the texts attribute that to power plants and exhaust pipes. He further exposes the scapegoating of farmers and the protection of large international corporations whenever agents of ecological destruction are mentioned in the texts. It appears that the majority of EFL textbooks avoid mentioning agents of ecological degradation possibly because of certain cultural assumptions, for example, the belief that driving an expensive sports car makes us happy is one that is not challenged. The failure to address cultural assumptions maybe due to the unconscious belief that money and power is of greater importance than the protection of the environment.

A third significant theme that comes out of the articles is that EE takes a top-down approach and characterises the government as playing a major role in it. Adamson (as cited in Xiong, 2014) notes that the Chinese government controls textbook production and that these textbooks implicitly teach ideological views of the state. Xiong observes that his surveyed textbooks not only teach that the state plays a key role in environmental protection, but also depict government effort as being effective and adequate, implying that students could rely on the government to protect the environment. This is echoed by Tian and Wang, who state that the development of EE in China is a top-down model rather than grass root movement, and places little emphasis on individual actions. This top-down approach is also described by Li, who reports that the Ministry of Education in China sets the syllabus for College English, focussing on test preparation rather than hands-on learning about the environment. Through top-down efforts, the Chinese government may be fostering a sense of nationalism and patriotism, but if they fail to produce individual care and community concern for the environment, then I fear that they may create a generation of young people with only head knowledge about environmental protection but who are incapable to address its degradation with concrete actions.

A more holistic approach to EE

Finally, a more holistic approach to EE is advocated by the authors, drawing upon traditions such as Daoist, Zen, Buddhist and Taoist beliefs to address the imbalance. Xiong describes the personification of trees to show evidence of deep ecological perspectives in his surveyed textbooks, while Stibbe details how in an essay about itadakimasu, sixty Japanese students not only show understanding, but also pride in, Japanese traditional culture, which is rooted deeply in nature. Xiong suggests drawing on Daoist beliefs to search for deeper environmentalism in the curriculum. Similarly, Stibbe recommends rediscovery and appreciation of traditional Japanese culture and applying it to modern ecological issues. In addition, Xiong gives examples of texts that challenge consumption and production. These examples directly take issue with the assumption in Asian cultures that “excess consumption of resources improves quality of life” (Stibbe, 2004, p. 246). There is no way to stop consumerism as economies develop and standards of living increase for everyone in an unprecedented rate, however, I believe the suggested approach could be a way to raise students’ consciousness about their own traditional values and apply it to current environmental problems that the society is facing.

In the international context, Jacobs and Goatly similarly suggest that teachers could create their own resources to supplement the textbooks to suit their own context rather than strictly following the inadequate materials of EE in the texts. Richards (as cited in Jacobs & Goatly, 2000) suggests that student-initiated project-based work could be explored. Although this technique has been recognised by many teachers, they are unwilling to carry it out because of time limitation, preferring to follow the top-down curriculum instead (Li, 2014). I tend to agree with Li because China has a test-oriented education system – if the project-based work does not contribute to the final grade, many students would not be bothered to do it. Nevertheless, in countries where the education system is less exam-based, teachers could afford the time to encourage students to develop a deeper awareness of ecology.

This literature review has highlighted the limitations of EE in the East Asian as well as the international context. This review has drawn four major themes from five different articles. The themes addressed in this literature review are the lack of EE materials in EFL textbooks which lead to lack of encouragement for individual actions, the employment of logic of appearances in the texts, policies and actions being initiated at the top level of government instead of grassroots, and advocacy of a more comprehensive approach to EE.

The non-critical stance of EE could potentially result in a generation of young people being educated with shallow, instead of deep, environmentalism. It is time for both governments and educators to work together to produce better policies that directly address the root causes of modern environmental problems. Though the road to economic development and success is unstoppable, a balance between economics and environment is urgently needed. If governments could promote a return to traditional culture and values, drawing upon ancestral beliefs such as Daoist, Zen, Buddhist and Taoist, East Asian societies could produce a generation of young people who are aware and conscious about the environment instead of being excessively money-focussed. Likewise, from a grassroots level, teachers ought to resist shallow environmentalism and educate the next generation with deep ecology.

Stibbe, A. (2004). Environmental Education Across Cultures: Beyond the Discourse of Shallow Environmentalism. Language and Intercultural Communication, 4(4), 242-260.

Please check the Methodology and Language for Primary course at Pilgrims website.